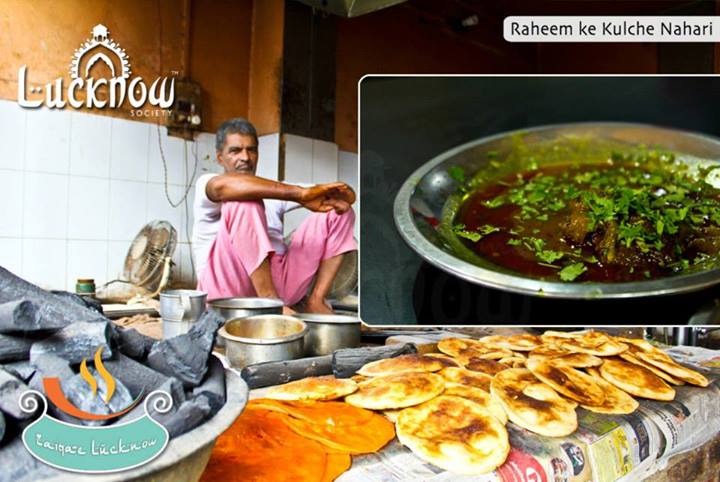 Started in 1890 by Haji Abdur Raheem Saheb and currently owned by Manzoor Ahmed and Mohammed Osama. The hotel is world famous for its Kulche – Nahari, whereas paaye, sheermal, kakori kabab, parsande, seekh kabab & kheer are also served with full delicacies. Earlier the price was only 1 anna for a kulcha along with nahari. Customers of Rahim’s are following him since generations like the cooks who are serving him since generations. Masala is the real secret which is only known to the members of the family but not to girls of the house. Nahari is cooked using various masalas i.e potli masala and garam masala. Kulcha is cooked in tandoor and made up of maida, milk, ghee, etc. It is also known as ghilaaf kulcha (upper layer is ghilaaf and bottom layer is khameer). Best time to eat is in morning or afternoon. Kulche Nahar is highly appreciated during the month of Ramzan from sunset to sunrise ( Iftar se Sehri tak ). Rahim does not believe in franchise, as it will dilute the taste and the brand name. Mohammed Osama is of the opinion that “itni nazakat aur khaane ka shauq sirf lucknow mein hi milta hai” and he proudly listed the names of the prominent visitors at his shop like Muzaffar Ali, Shabana Azmi, Vinod Dua, Arshad Warsi, Naseeruddin Shah, etc.