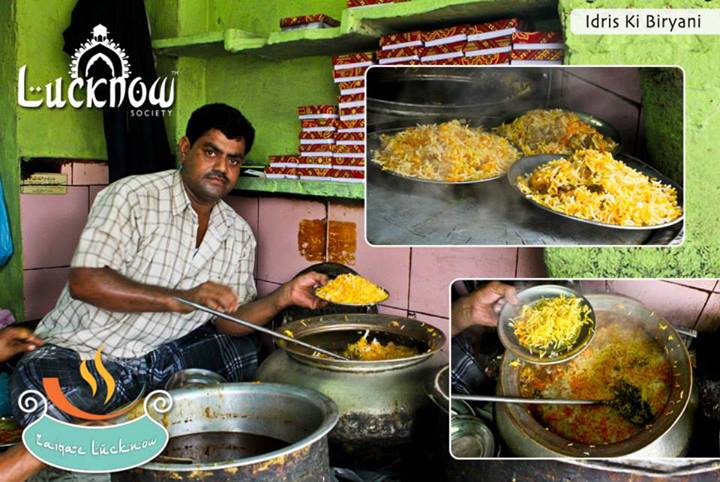 Mohammad Idris started the shop in 1968 and he inherited the special recipe from his father who was an expert biryani cook. Presently owned by Mohammad Abu Bakr & Mohammad Abu Hamza, who are the proud sons of Mohammas Idris. It takes 3 hours to prepare a Degh and total 16 to 18 Deghs are served in a day. Copper Degh is used for cooking and the inside of Degh is oiled, which is also unique in preparing the same. Cooking is done on ‘Bhatti’ using ‘Pathar Ka Koyla’. The secret is Dum Biryani which is slow steamed cooked, milk and malai are the valued ingredient along with herbs & light masala which results in delicious biryani. Mutton biryani is further enriched with zafrani & makhani colours. Served with qorma & onion specially dipped in vinegar. Abu Bakr proudly listed the names of the prominent visitors at his shop like Atal Bihari Bajpayee, Mithun Chakraborthy, etc. BBC London, Vinod Dua and many other significant media interviewed him for his cooking inspite of the fact that his shop has no signage and very small in area. Idris Ki Biryani continues to be one of the most delightful outlet of Biryani in Lucknow !