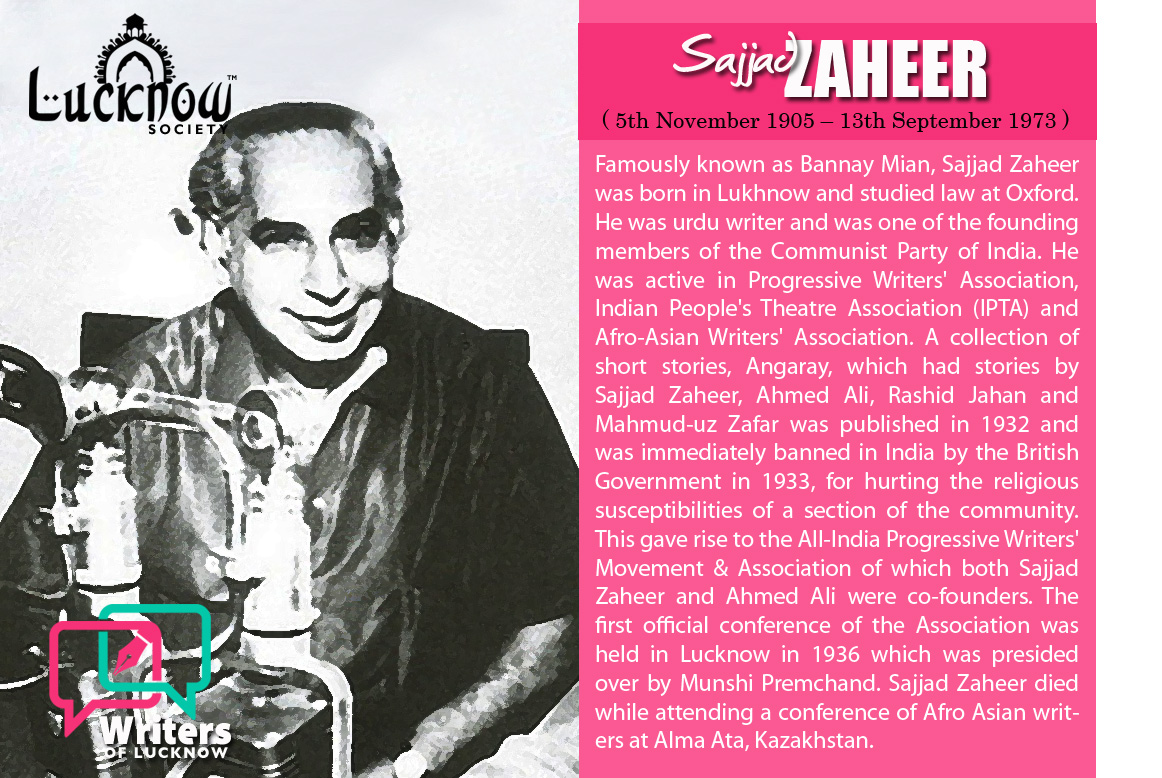 Famously known as Bannay Mian, Sajjad Zaheer was born in Lukhnow and studied law at Oxford. He was urdu writer and was one of the founding members of the Communist Party of India. He was active in Progressive Writers’ Association, Indian People’s Theatre Association (IPTA) and Afro-Asian Writers’ Association. A collection of short stories, Angaray, which had stories by Sajjad Zaheer, Ahmed Ali, Rashid Jahan and Mahmud-uz Zafar was published in 1932 and was immediately banned in India by the British Government in 1933, for hurting the religious susceptibilities of a section of the community. This gave rise to the All-India Progressive Writers’ Movement & Association of which both Sajjad Zaheer and Ahmed Ali were co-founders. The first official conference of the Association was held in Lucknow in 1936 which was presided over by Munshi Premchand. Sajjad Zaheer died while attending a conference of Afro Asian writers at Alma Ata, Kazakhstan.