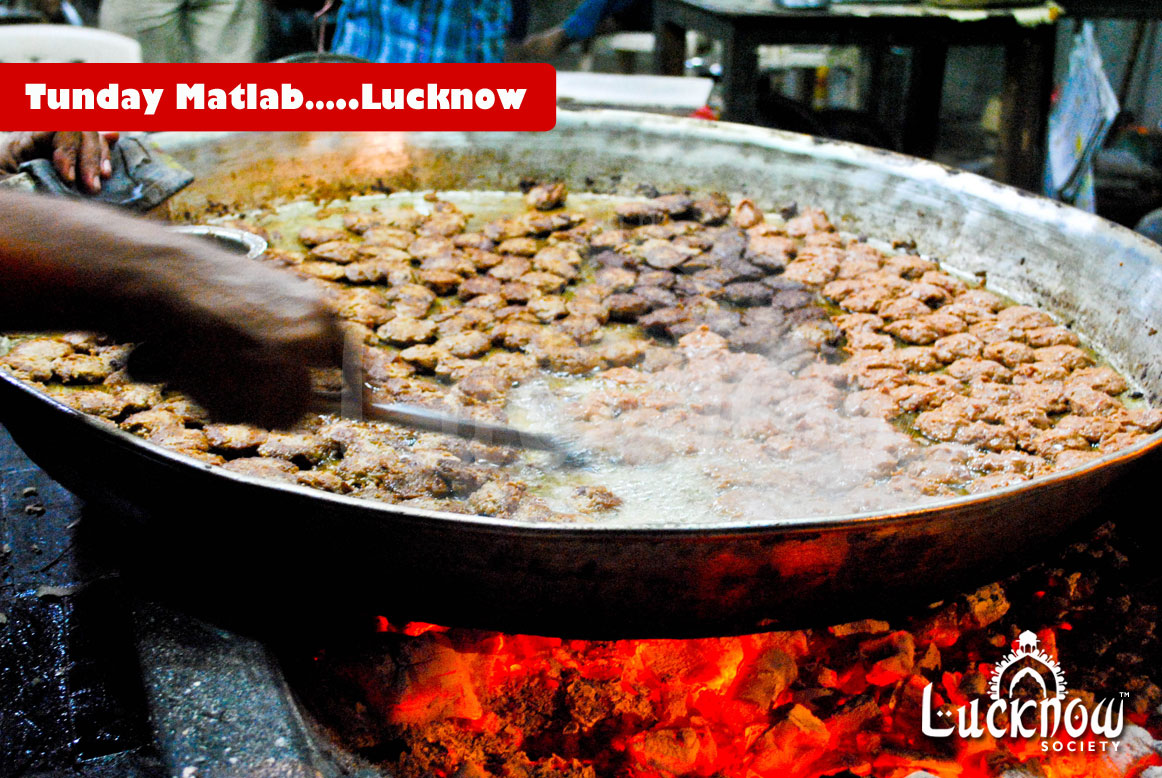 Kababs are the integral part of Awadhi cuisine and Lucknow is proud of its kababs. There are several varieties of popular kababs like kakori kababs, galawati kababs, shaami kababs, boti kababs, ghutwa kababs, seekh kababs, patili’s kababs, dalcha kababs, kathal kababs, arbi kababs, rajma galoti kababs and zamikand kababs. Lucknow,the cuisine of the old empire reached new heights. The voluptuousness of the food is perfectly in keeping with the flamboyance of the city. The technique, called ‘dhungar’ in Hindi has also been used for centuries in Lucknow as a means of infusing smoky flavours into soft kababs difficult to grill.

Lucknow is also proud of its tongue delighting Tunday kababs . The one hundred year old ‘Tunday’s kabab’ is the most famous outlet from kababs, even today. Made from mince meat, the kababs are round patties filled with 160 melt- in- the-mouth spices. The secret recipe was created by Haji Murad Ali, who apparently had only one hand. It is believed that this is the origin of the name. Haji Murad Ali started a small outlet in 1905 in the narrow lane of the Chowk area, where it is still today. Mohammad Usman continued the tradition and started a parallel outlet in Aminabad market in 1996, which is known as ‘The grandsons of Tunday Kababs’. The mouth watering Tunday Kabab has now its own logo and trademark. Kababs at Tunday’s famous eatery are already in great demand among NRIs, celebrities and international food festivals !