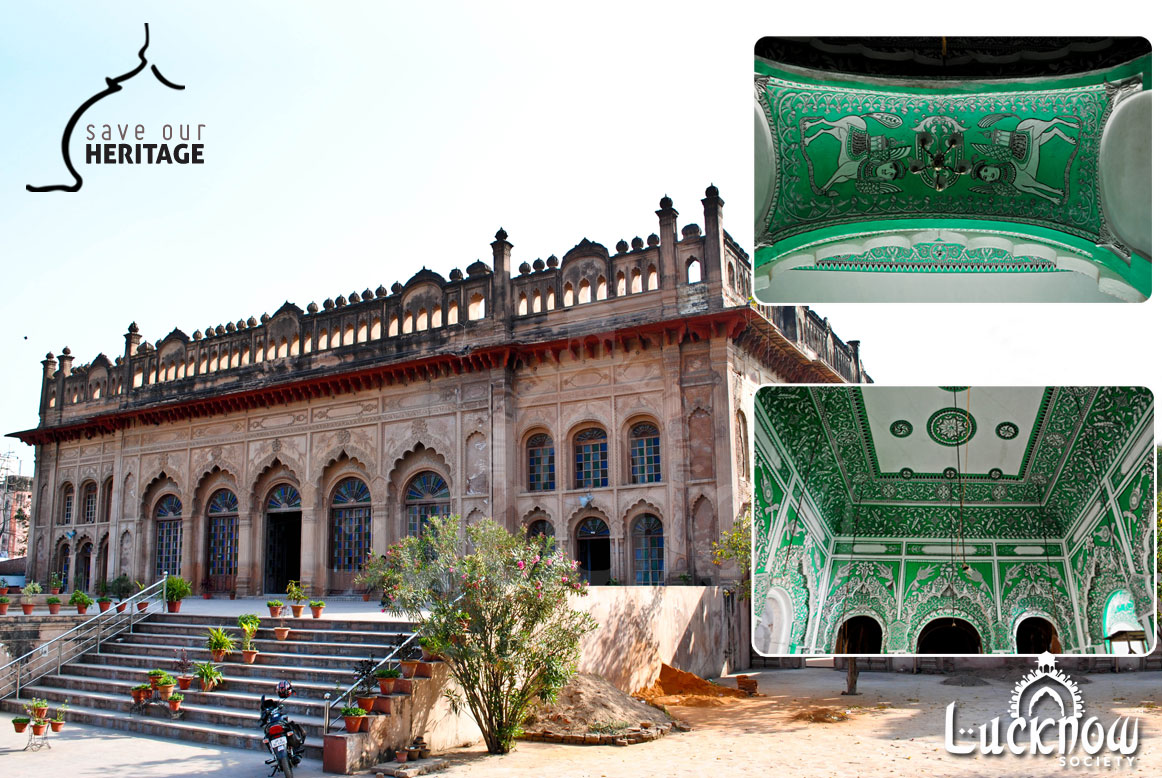 The word Imambada refers to a place of mourning. Constructed in the year 1847, by Nawab Wajid Ali Shah for holding Majlis and mourning of Imam Hussain’s martyrdom, Imambada Sibtainabad stands majestic amidst the heart of Lucknow city i.e Hazratganj. Moreover, it also houses the tomb of King Amjad Ali Shah along with the tomb of one of his grandsons – Mirza Javed Ali and Wajid Ali Shah’s queen Taj-un Nisa Begum. A…nd hence, this Imambada is also addressed as Maqbara, for it bears the mortal remains of Nawab Amjad Ali Shah. The imambara is also the place of ‘Aag Ka Maatam’ which is on 9th day of Moharrum.

Sibtainabad Imambada is built in Indo-Islamic structural design. It has two entrance-ways, out of which one opens towards the main hazratganj market while the other faces the complex. On entering through the gateway, one finds a mosque standing tall towards the right side of the rectangular complex. A steps of stairs lead to the elevated portion over which the Imambada is built. The hall of the Imambada is very beautifully adorned with arch-ways while its walls have epic patterns designed on it. Imambada Sibtainabad was constructed by Nawab Wajid Ali Shah as soon as he acceded the throne in the year 1847. ‘It was built over the same piece of land where there was once a chhavni of Mendu Khan. This chhavni also had an inn in its proximity. On 13th March 1858, the boundaries of this structure were ruined by the Sikh troops of the British Army, while they were marching towards Qaiserbagh to assail Begum Hazrat Mahal and her supporters. During the British rule, this structure was used as a Church and it was later in 1919, when it was declared a heritage monument’, says the famous Historian of Awadh, Mr. Roshan Taqui. Presently, the structure is undergoing renovation work for which Mr. Haider is to be credited. He’s the one to get it started. The complex is heavily flanked by encroachments on both sides of the complex.