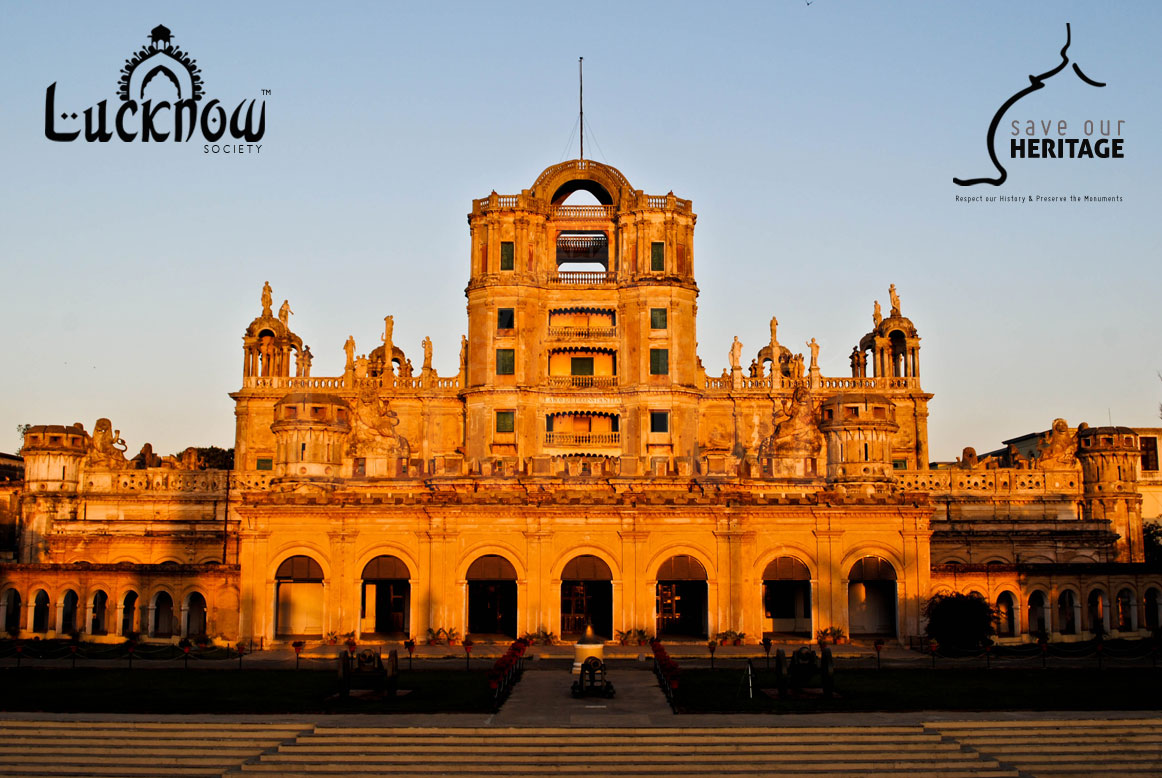 La Martiniere College is one of the oldest institution of Lucknow that not only imparts education but also serves as a monument to history buffs. The construction of this historic building began in the year 1795 by Claude Martin. Also referred to as Constantia, this concrete structure has it’s own unique style of architecture. It’s structural design reflects amalgamation of the best motifs of the Indian, Turkish and Persian architectural styles of the world. The founder is buried in an underground chamber in the basement. Above this basement is the La Martiniere Memorial hall that comprises tablets having names of the pupils who died in the war inscribed on it. ‘The Tomb of Gori Bibi, the founder’s favourite companion, who resided with him in Constantia lies on the La Martiniere estate’, states Mr. Taqui, a famous historian of Awadh. A grand stairway leads to the East Terrace of this building. It’s flanked by canons which were used in a battle. Moreover, a special bell cast by Claude Martin is placed on the pedestal. The impressive Chapel of this building is worth a visit. Various statues, pottery and paintings adorn this beautiful historic building. Constantia was founded by Claude Martin (1735-1800), an officer who served formerly in the French East India Company and had later joined the British East India Company. He also served Nawab Nawab Asif-ud-daula and was renowned to be the richest Frenchman in India. Constantia was built as Claude Martin’s residence but it’s construction work was completed few years after Martin’s demise (13th September, 1800). Martin was not married and had no hier. So he made a will on 1st January, 1800 , which stated that his estate would be used to build three schools named La Martiniere in his memory in Lucknow, Calcutta and his native place Lyon, France. It was for the first time when the Britishers sought help from the staff and students of the school in the defence of the Residency during the mutiny of sepoys in the year 1857. In the initial years, the school admission was opened to only European students. This building is still famous as Martin Saheb Ki Kothi.

La Martiniere now serves as one of the best institutions of Lucknow and the students of this school feel proud to call themselves Martinians. It is said to be the only school in the world which has been awarded royal battle honors for it’s important role in the defence of Lucknow during the mutiny of 1857. On it’s 150th anniversary, it has also been honored by the government through postal department. They have released a two rupees postage stamp that has the image of this building in it’s background. Furthermore, due to the spectacular European architecture of this edifice, ample number of hit movies like – Shatranj Ke khiladi, Gadar Ek Prem Katha, Anwar, Always Kabhi Kabhi etc. have been shot here. ‘The state-of-the-art architecture is what I see in this building… It’s mind boggling!’, says Mrityunjay Rajpurohit, a student. Built in the early 19th century, now this building gasps for refurbishment. The once amazing designs on the walls of the facade are now seen covered in dust. Blackened and deteriorated walls and the crumbling plasters of the building makes us realise that the building, which has always been a treat to the eyes for all, needs an immediate restoration.