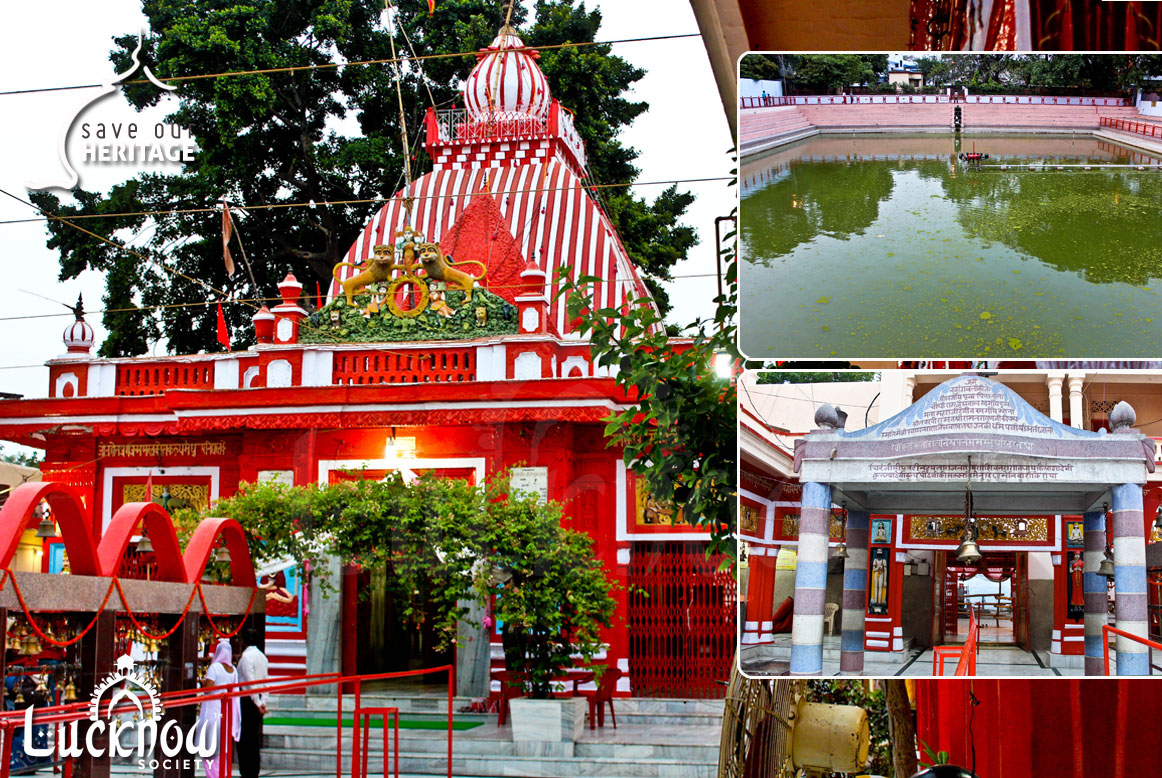 Hanumanji Temple at Aliganj, Lucknow is famous for being the centre for the celebrations of the Bada Mangal festival which exemplifies Lucknow’s symbol of the Ganga-Jamuni Tehzeeb and synthesis of culture. It is a unique festival and we are proud that it is celebrated in the city of Lucknow only ! It portrays the best example of the secular approach that the Nawabs of Awadh had towards the different religious belief of their subjects. The facade of the Aliganj Hanumanji Temple is colored in saffron. It comprises the main shrine- the idol of Lord Hanuman. The compound of the temple has a beautiful pond with stairs, which adds to it’s ancientness. People from far off places come to this temple to offer prayers to the lord. The famous festival of ‘Bada Mangal’ is associated with this ancient temple. It’s celebrated grandly in this temple every year. An annual fair known as ‘Bada Mangal ka Mela’ is also held here at the same time, states Mr. Roshan Taqui, an eminent historian of Awadh.

The tradition of Bada Mangal has the history like this; Begum Janab-e Alia (wife of the third Nawab of Awadh, Shuja-ud Daulah 1753-1775), dreamt of a divine presence commanding her to build a temple honoring Hanumanji. The dream pointed her to a specific site where an idol of Hanumanji was buried. Accordingly, the begum ordered the excavation of the site and when the idol was found, made arrangements for transporting it back to Lucknow on an elephant. However, the elephant stopped in its tracks after some distance and refused to budge. The begum inferred this as another divine sign and ordered the erection of a temple at this spot (Aliganj temple). When the construction of this temple got completed, since then on the first Tuesday of the Jeth month, Bada Mangal fair is celebrated here and this is how Aliganj Hanumanji Temple holds it’s importance. Since then, people congregate in large numbers & celebrate Bada Mangal as a fair every year ! The present condition of the temple demands a broader road that leads to it’s entrance as the current roadway is narrower and thus, becomes more prone to regular traffic jams. Moreover, the adjacent pond is not as clean as it should be.