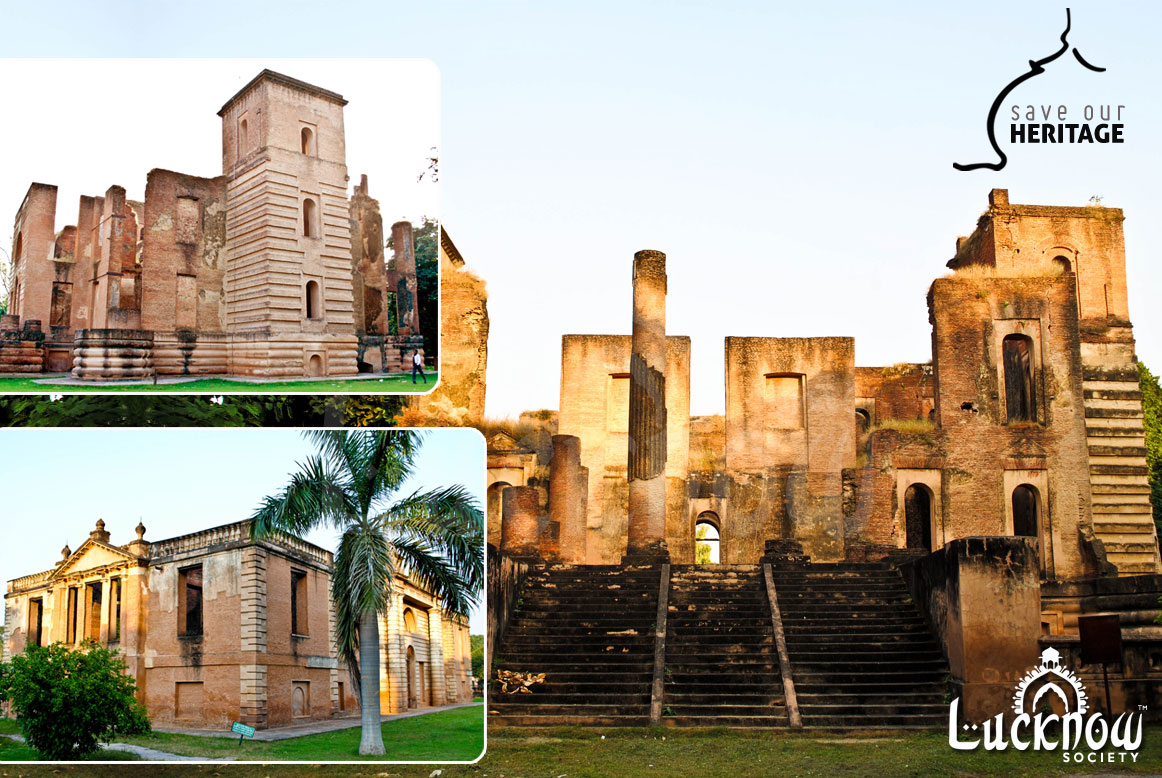 Also known as the English house or Vilayati Kothi, Dilkusha Kothi was built during the reign of Nawab Saadat Ali Khan in the years 1800-1805. The designing and construction of which was done by one of Nawab’s British friend Gore Ousely. The Kothi built in European-Gothic style of architecture stands amidst plush green garden. Lakhauri bricks plastered with lime were used in it’s construction. The extremes of the kothi were known to have towers that further had circular staircases in them. A series of steps led to the entrance or the main doorway of the palace. It is said that the handrail of the staircases had female statues adjacent to it. There is another structure present near the palace whose lower floor served as a stable for the horses and was also used as a parking ground for the Nawab’s horse-wagons.

Dilkusha Kothi served as Nawab’s farmhouse. They visited this place with their families for recreation. ‘Vilayati Kothi is the imitation of Seaton Delaval Hall which was built by Sir John Vanbrugh in the year 1718 and is the Grade 1 listed country house of Northumberland, England’, says Roshan Taqui, a historian of Awadh. Moreover, this building also operated to be one of the main centre of the 1857 mutiny of sepoys and hence, suffered extensive damage. During the revolt of 1857, General Henry Havelock died here. Looking at the ruins, one can easily imagine the how beautiful and grand the palace would be back then. But presently it seems to be deserted as it hardly gets any visitors.