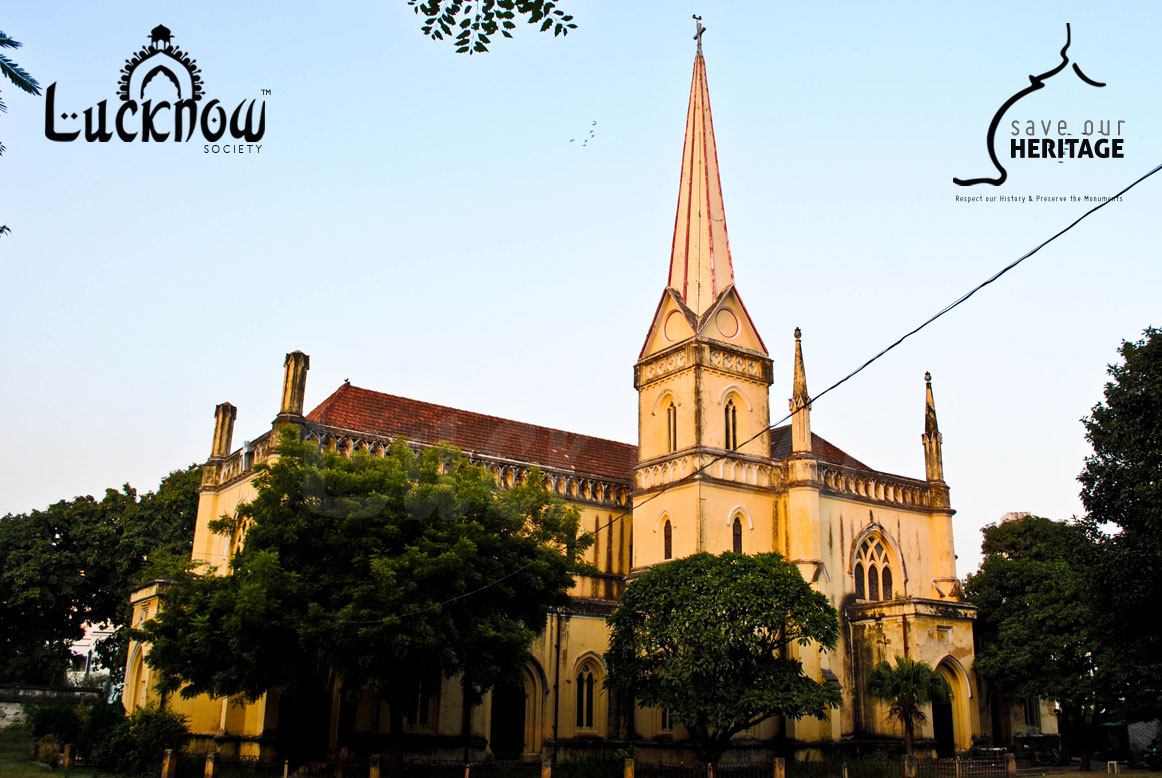 The much loved landmark of the city, Christ Church is renowned for being one of the ancient churches of Lucknow. It was designed in the year 1860 by Hutchinson, who was a British Army officer. Built in gothic style of architecture, the church has a triple-storeyed square tower. The high spire of the tower is headed by a metallic cross. The bell tower of the church has a transept at it’s back. A roomy prayer hall as well as an attractively designed wooden altar makes this church all the more impressive. Gothic arches of the huge windows and doors as well as the appealing railings at the upper most storey of the church exemplify the beauty of this edifice. It also houses fabulous pieces of art-work and memorial plaques that have names of the English martrys inscribed on them. The Church now stands amidst the Christ Church college ground.

‘Christ Church was built as a memorial to the martyrs of East India Company, after the first war of Independence by the Britishers. The church was enlarged and improved in the year 1904’, states Mr. Roshan Taqui, the famous historian of Awadh. This structure is one of the best examples of British architecture. ‘The architectural structure of the church makes it distinct and stupendous amongst all’, says Ms. Mohita Tewari, a student. The building itself conveys it’s miseries, it’s dilapidated condition states the story of it’s glory fading away with each passing year. The outer face of the building is bearing layers of darkness, witnessing the story of it’s ignorance.