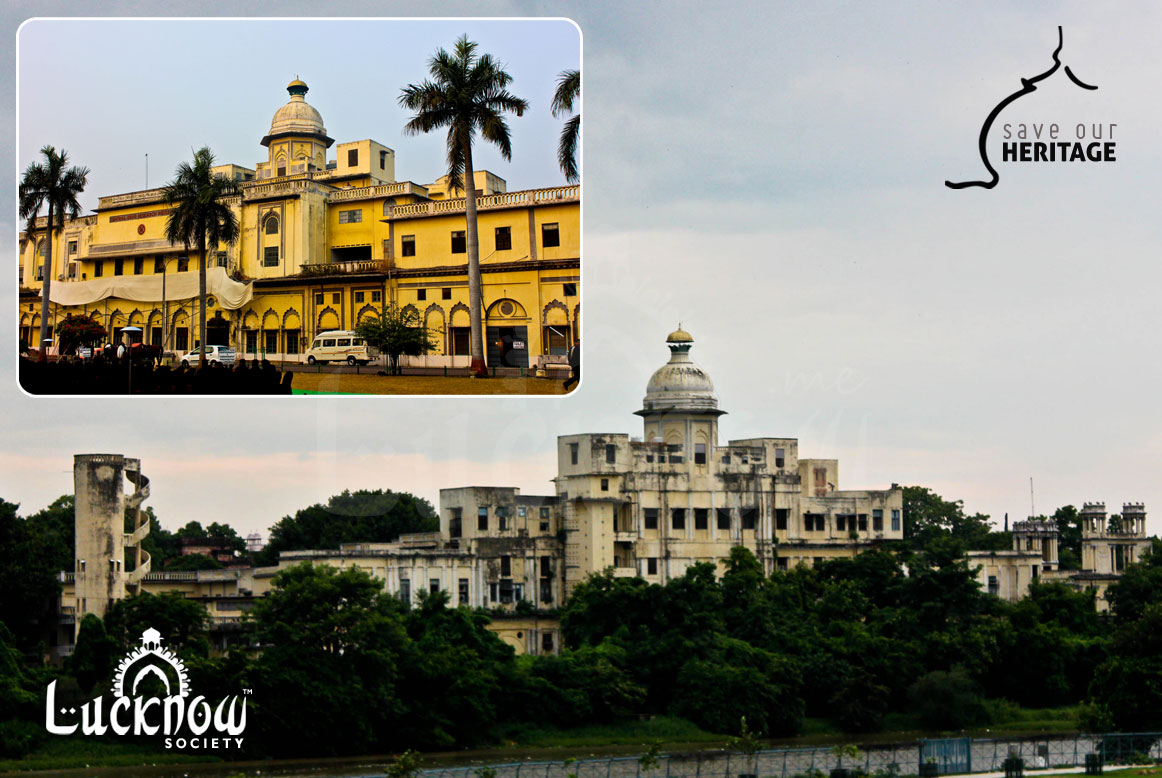 Situated on the right bank of river Gomti is a lofty building that is quite popular for its Chatar or Umbrella, which glitters at the top of the building when sun rays fall on it. This structure is also popular by the name of Umbrella Palace. This is how the building got its name from its enormous parachute. The structural design of the building is an amalgamation of Italian and French architectural style. It is a five storeyed building which has two storeys below ground level while the rest are above it. The construction of Chattar Manzil was commenced by Nawab Saadat Ali Khan (1798-1814) and it was Ghazi-ud-din-Haider who later modified it. It served as a royal palace for the kings of Awadh till Wajid Ali Shah shifted his residence to Qaiserbagh. There were two octagonal towers to which the basement was connected for proper air ventilation. Two telescopes from England were placed at the roof top of the building for astronomical purposes. The palace had a state-of-the-art garden which according to the British tourists was way far better than the garden of Khalifa Harun Rasheed. It is also said that when the palace was being constructed, it was attacked by Raja Chet Singh of Benaras.

A portion of it was also destroyed by Britishers during the war of 1857. Later the government had allotted the building to an American NGO which used it as a club for recreation purposes. Post Independence, this building was allotted to the Council of Scientific and Industrial Research which used it as Central Drug Research Institute. There are a few misconceptions in the minds of the people about this building. ‘According to the knowledge of some, Farhat Baksh and Chattar Manzil are one and the same building, which is completely untrue. Moreover, there’s a myth that from the time the building’s construction has begun, its basement has been waterlogged, which is again false. It’s basement has been visited and its dry’, states Mr. Roshan Taqui, the eminent historian of Awadh. There is an urgent need of restoration and conversion of this palace into a grand museum dedicated to Awadh, as it has now been vacated by CDRI. Last year, ‘chajja’ at front had been collapsed due to non-maintenance and it has been covered with cloth inspite of being restored.