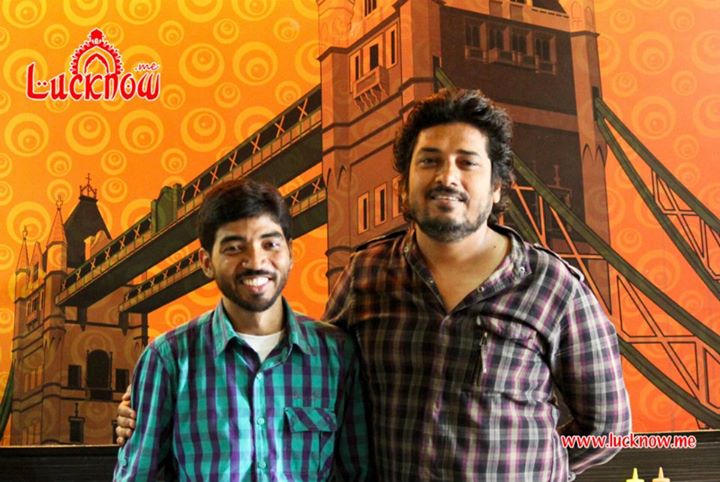 Rizwan Siddiqui is the person who has promoted Lucknow in the international arena. His two documentaries on Lucknow have been screened & appreciated across Globe ! He is an advertising professional & many of his creatives both in print & electronic media have been applauded by the people. Kite flying, story telling, exploring human behaviors are his interests which are reflected in his scripts which are full of creativity & understanding the common man.

Kharboozey : ‘Kharboozey ko dekh kar kharbooza rang badalta hai’ ! It’s a story about two strangers who share a rickshaw ride to their locality in small town. Due to communal rivalry & rising terrorism, both hide their identity while conversing through the ride. But unfortunately, the next day their real identities are dramatically revealed in front of each other in their place of workship. The documentary has been awarded at ‘Kerela State International Documentary & Film Festival’. It has been screened Internationally at several places like ‘River to River Indian Film Festival Florence Italy’, ‘Open Film Festival St. Petersburg Russia’, ‘International Film Festival Paris’, etc. Brighton Verlag Germany is marketing ‘Kharboozey’.

Khaleel Khan Ke Faakhtey : “My friends, my home, my country” were the words reverberating on his mind when he came back to India after 60 long years of separation…looking for his best friend. He had claimed the past as his own. That was all that mattered. That was all that was good in his life. No one could stop him from going back to relive the glory of olden days. The beauty of memories savoured and retold a million times to all who cared to listen. He refused to listen to any excuses against the journey. Loaded with emotions and beautiful moments, this film not just talks about two friends separated during the partition, but about the unseen walls of time and distance that had swallowed up their so called undying friendship. ‘London Indian Film Festival’ has recently announced to screen ‘Khaleel Khan Ke Faakhtey’ !

Founder LUCKNOW Society has the priviledge to meet Rizwan Siddiqui & discuss the screening of both the documentaries in India. LUCKNOW Society salutes Rizwan Siddiqui for making such marvelous documentaries based on Lucknow & elevating Lucknow city in International Cinema. We will be posting subsequently some promo & photographs related with the same !