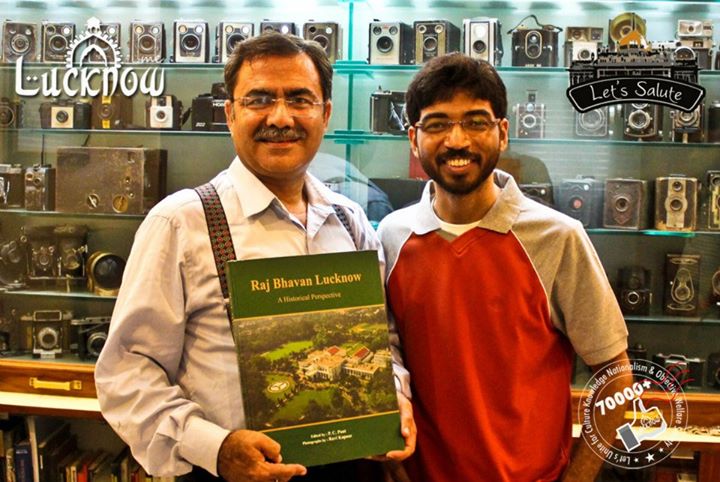 – Ravi Kapoor is a renowned photographer of Lucknow, having specialization in architecture, culture & heritage monuments.

– He is a regular contributor in various national dailies and periodicals like Jetwings, Namaskar, Times of India, Statesmen, etc with his lovely photographs

– He has a unique & rare collection of more than 350 cameras & its equipments, which are itself a rare aspect for the photography !

– To continue the spirit of the photography with the people, he organizes photography classes for the youths who have a zeal for the same.

Founder LUCKNOW Society has the privilege to meet him at his studio ‘Ravi Photographics’ & discuss his upcoming projects with him. LUCKNOW Society Salutes Mr Ravi Kapoor for promoting Lucknow not only within people of Lucknow but at National & Internation levels. His passion of photography has rightly placed Lucknow on the Global map ! We wish him all the success & looking forward to see Lucknow in many new frames!