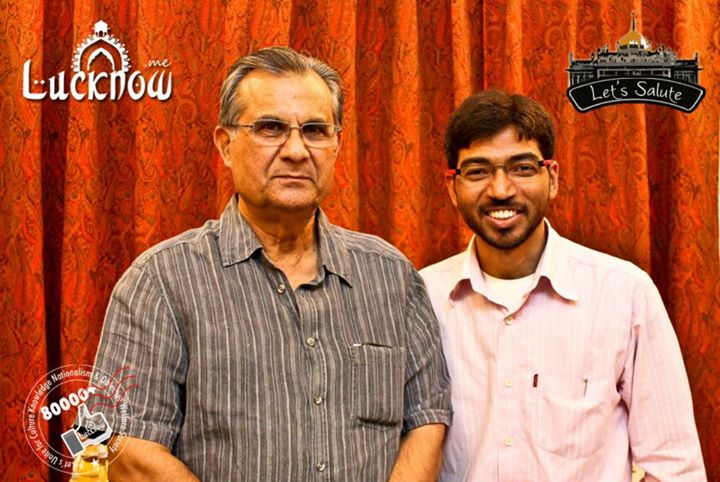 Lucknow along with entire is proud on the Geologist who is from Lucknow ! Born and educated in Lucknow and achieved higher studies from Aligarh as University topper, Mr Ahmad is a world famous Geologist who was associated for the last 30 years with Unit for Disaster Studies (UDS), Department of Geography and Geology, Mona Geoinformatics Institute (MGI), The University of the West Indies, Jamaica. He is into research, teaching, consultancy and public services. He is also Fellow – Mona Geoinformatics institute, Membership in Professional Societies, Fellow of the Geology Society London, Geological Society of Jamaica. His areas of specialisation are Urban and Environmental Geology; Tectonic Geomorphology; Engineering Geology- geological and geotechnical site investigation; Earth sciences based Environmental Impact Assessment; Management of natural hazards and Disaster Risk Reduction; Public Education on Physical Environment. He is also associate Editor Quarterly Journal of Engineering Geology and Hydrogeology, since 2007, Geological Society London and Editor of the Journal Geological Society of Jamaica. He is credited for the publication of several papers, reports and books at International level making a proud moment for our country.

He has received many outstanding awards like 2003 United Nations Sasakawa Award for Disaster Reduction Certificate of Distinction in appreciation for outstanding contribution to developing a global culture of prevention, thereby furthering the goals of the International Strategy for Disaster Reduction, presented by the Under-Secretary General for Humanitarian Affairs, United Nations, in Bonn, 16 October 2003; De La Beche Award for Outstanding Contribution on a Sustained Basis to National and Regional Development in the Geoscientific Field: “Hazard Management”, Presented by The Geological Society of Jamaica 50th Anniversary Conference, December 2, 2005, Mona Visitors Lodge and Conference Centre, The University of the West Indies, Mona, Kingston 7, Jamaica; International Landslide Research Group (ILRG) Award for years of leadership in landslide hazard reduction in the Caribbean, presented by Dr. Earl Brabb on 17th July 2003, Mona Visitors Lodge& Conference Centre, UWI; 1999 National Best Practice Award for “Environmental Management” by the Ministry of Environment and Housing, Government of Jamaica, in association with UNCHS and UNDP “Cities for All”, World Habitat Day, October 4, 1999, for “Natural Hazard Loss-Reduction and Environmental Management in Jamaica – Bringing Information to Citizens Through Information Age Technology; Best Publication Award in the Faculty of Pure and Applied Sciences, the University of the West Indies at Mona Research Day , 18th October 2001 for “Urban steeplands in the tropics: an environment of accelerated erosion, published in GeoJournal, etc.

Some of his other prominent accomplishments are member of the Steering Committee instituted by the Office of the Disaster Preparedness Jamaica for the “Community Based Landslide Risk Reduction in Jamaica, 2010-2011; member of the Committees instituted by the Government of Jamaica to propose No- Build Zones and Integrity of Water Ways, 2009; member Technical Sub-Committee, Water Resources Authority of Jamaica since May 2008-2011; member National Damage Assessment, Recovery and Rehabilitation Sub-Committee, Office of Disaster Preparedness and Emergency Management, Government of Jamaica; represented UWI at the Sub-regional Task Force/ Partnership Initiative on Sustainable Land Management (PISLM)/Caribbean Network for Integrated Rural Development (CNIRD) and National Focal Points of the UNCCD Meeting in Port of Spain, Trinidad, 15-17 July, 2008; January 2010; member Boards of Representatives (2002- 2006) and Assistant to the President, Coordinator ICL Events Committee, (2002- 2003), International Consortium on Landslides (ICL), Research Centre on Landslides, Kyoto University, Japan, etc.

Founder LUCKNOW Society met him recently and discussed the achievements of Mr Ahmad in the field of Geology & Literature. LUCKNOW Society Salutes Mr Rafi Ahmad for being an icon in the fields of Geology & Disaster Management, who has put the name of Lucknow prominently on the Globe. He has a sharp instinct and understanding of the literature and a known face in literary activities at Lucknow. We wish him all the very best for his ongoing projects on Lucknow!