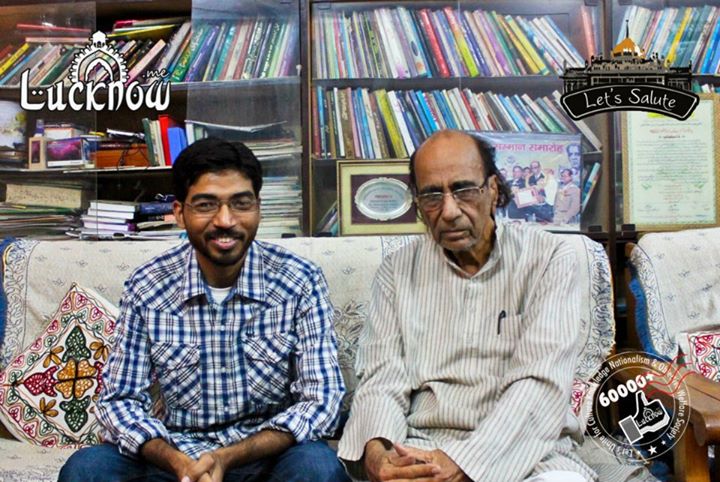 Born and brought up in the family of a primary school teacher, Malikzada Manzoor Ahmad by dint of his competence and single minded devotion achieved meteoric heights despite heavy odds. It was during his student life when he also involved himself in freedom movement of India. Professor Malikzada Manzoor Ahmad served as Lecturer History at Maharajganj, Lecturer English at Azamgarh, Lecturer Urdu at Gorakhpur University and retired as Professor Urdu from Lucknow University and rendered commendable services in the field of Urdu literature in various capacities. More than dozen books on Prose & Poetry are written by him which are valuable treasure for readers. He is a brilliant contributor in articles for several journals and magazines. He was President of Uttar Pradesh Urdu Academy, Chairman of U.P. Government’s Fakhruddin Ali Ahmad Memorial Committee, member executive council National Council for Promotion of Urdu, member Prasar Bharti, member executive council Lucknow University, etc.

As a scholar, poet and critic he got recognition world over and has been bestowed with more than 80 various National & International awards; his age and the awards received are almost equal in number. He ruled over the stage of Mushairas as a poet and Nazim ( one who conducts proceedings of Mushaira ) across globe for about 50 years ! His interviews & talk shows are a regular feature on TV & Radio. His life and works is now being taken as a research topic by research scholars. He was issued complimentary railway passes by Railway department as ‘Social worker & Poet’. He enjoys immense popularity, respect and appreciation for his literary work !

Founder LUCKNOW Society has the priviledge to meet Professor Malikzada Manzoor Ahmad & his vibrant son Parvez Malikzada and discuss in particular also the life & poetry of Asrar-ul Haq Majaz & Raghupati Sahai Firaq Gorakhpuri ( Professor was the companion of both the legends ). LUCKNOW Society Salutes Professor Malikzada Manzoor Ahmad for his overall contribution to Urdu literature and for granting literary sanctity & credibility on the stage of Mushairas.