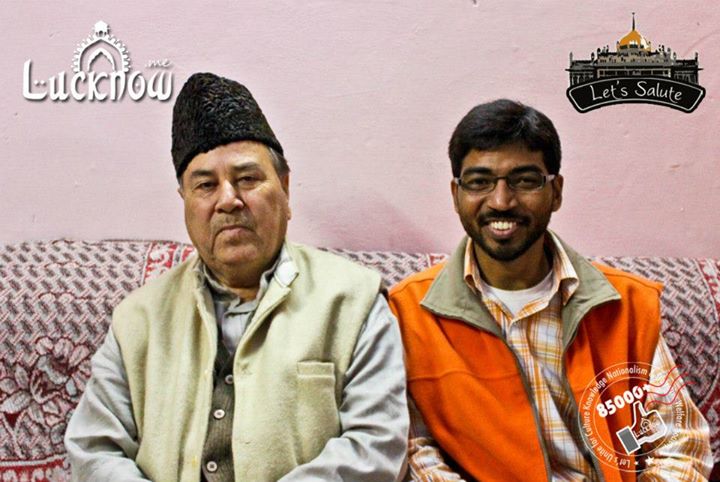 Lucknow is a amazing place which is also famous for the intellectuals in all fields of life and in various languages. One such scholar who has done great work is Prof. Khan Mohammed Atif and it is better to say that Persian is proud of his contributions. He did his initial education from BHU and higher education from Lucknow University & Tehran University Iran. Even topic of his Ph.D. ‘Nizamul Mulk Asif Jah, his life and work’ is very interesting. He retired as Professor and Head of the Department of Persian at Lucknow University.

He is regularly invited by Government of Iran to participate & deliver lectures on the Persian language, Culture and Heritage of Iran. He is also an authority on the History & Culture of Afghanistan along with India & Pakistan. On numerous occasions he has been awarded like Mir Award for contribution to Persian language and literature, Media Foundation Award, etc. He received 1st Prize on International Essay Competetion on Prophet Mohammad and his Life which was organised by RAVI Bradford England in 1992. Some of his books are Afghanistan – Roosi dehshat gardi se Amriki dehshat gardi tak; Siyasat mein risalat – Babri masjid ki shahadat; Nizamul Mulk Asif Jah – Hayat aur shairi; Hadi-e Nooe Bashar; Pathan shairat ka tazkira; Farsi shairi mein tanz-o mizah; Tarikh-e Zaban wa Adbiyat-e Farsi; Mukhtasar tareekh adbiyat farsi, etc. He was also MLA Uttar Pradesh Assembly from Bahraich UP (1977-79) & was Chairman of UP Handloom Corporation.

Founder LUCKNOW Society met him few days back at his home and discuss the present & future aspects of Persian as a language in India. LUCKNOW Society Salutes Prof. Khan Mohammed Atif for being the icon of Persian. Lucknow is proud that Iran which is the home of Persian admires Prof. Khan in great heights ! We wish him all the very best for his health & literary works !