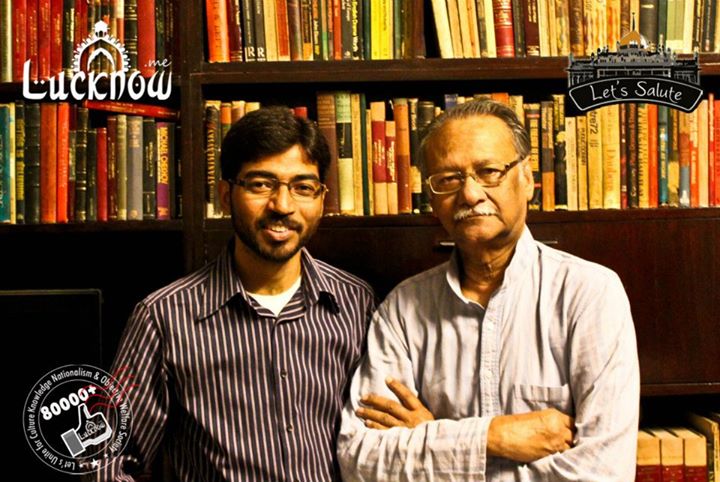 As initiator of a modern sensibility and approach to theatre, Raj Bisaria ensured for the first time that the dramatic and performing arts conform to a new professional discipline and communicate through a new aesthetic medium. The pioneering effort brought in focus his intensity of commitment and involvement, which in the mid 60’s led to the establishment of a broad ranging, semi professional theatre movement in Uttar Pradesh. The first initiative was taken by his ‘University Theatre Group’ formed in 1962. Four years later following a successful run of the ‘University Productions’, Raj Bisaria founded the ‘Theatre Arts Workshop ( TAW ), the premier training and performing group of its kind in the State. TAW mounted on stage the very best of European & American playwrights. As a theatre educator as early as in 1973, Raj Bisaria suggested to the State Government that they should start a semi-professional repertory theatre in UP. In 1974, the State Government requested him to evolve a scheme for establishing a drama school, which would function as a full fledged academy of dramatic arts. Bhartendu Natya Academy ( BNA ), Bhartendu Academy of Dramatic Arts ( BADA ), when it was founded in 1975 ( with Raj Bisaria as its founder director ) became the first of its kind in the large Hindi belts of UP, Bihar, MP and Rajasthan. The only other being the Delhi based National School of Drama ( NSD ). Also in 1975, the first ever theatre training workshop in UP was held under his direction.

Theatre training for Raj Bisaria over the years, besides efforts on his own included an invitation by the British Council, London, to visit U.K. and train at the British Drama League ( now the British Theatre Association) as a producer, drama – instructor, and adjudicator, in 1969. He took up the examination of the Education Board of the United Kingdom, and was awarded the Associate Drama Board (U.K.) Diploma in 1969. Visits abroad in 1980 included both a trip to the United States and the United Kingdom. Raj Bisaria was especially invited by the U.S. Government to tour the country and familiarise himself with the contemporary theatre scene in America. The same year the British Council, London, extended a second invitation for a six week visit to U.K. on a similar study trip. In 1986 the Indian Council for Cultural Relations, Ministry of External Affairs, Government of India, New Delhi, sponsored his visit as a theatre director and expert under its Cultural Exchange; Programme to USSR, German Democratic Republic, Czechoslovakia, and Hungary. Again he visited U.K. in 1993 as theatre director and expert.

He has directed more than 100 plays of Indian, British, European and American Playwrights. Numerous of his students are now reputed artists of TV, film & theatre. On both the TV and Radio, Raj Bisaria left his mark as an actor, moderator cum interviewer, both in India and abroad. He was interviewed by the BBC, London (during his 1969, 1980, 1986 and 1993 visits) as well as the New York Radio, USA in 1980. As film & TV actor/teacher Raj Bisaria was associated as a dialogue coach in Shyam Benegal’s Junoon and as an actor of Muzaffar Ali’s Aagman, Govind Nihalani’s Aaghat and Doordarshan’s own TV serial Bibi Natiyon Wali and Amal Allana’s Raj Se Swaraj and recently in Ret Par Likhe Naam written by Kamaleshwar, etc. He acted regularly in TV plays and since 1978 he is rated as a top grade actor of Doordarshan. Raj Bisaria is vitally interested as actor and theatre teacher in the system of Stanislavsky and Brecht. Stanislavsky, the great Russian director, actor and teacher provides the core of Raj Bisaria’s work as director of contemporary Indian Theatre. As a leading theatre personality Raj Bisaria was also extensively interviewed at the Lucknow, Delhi, Calcutta & Madras TV Stations and UGC Hyderabad. This came indisputably as a recognition of his lasting contribution as a theatre educationist plus his directorial efforts to make theatre acceptable as a serious art from.