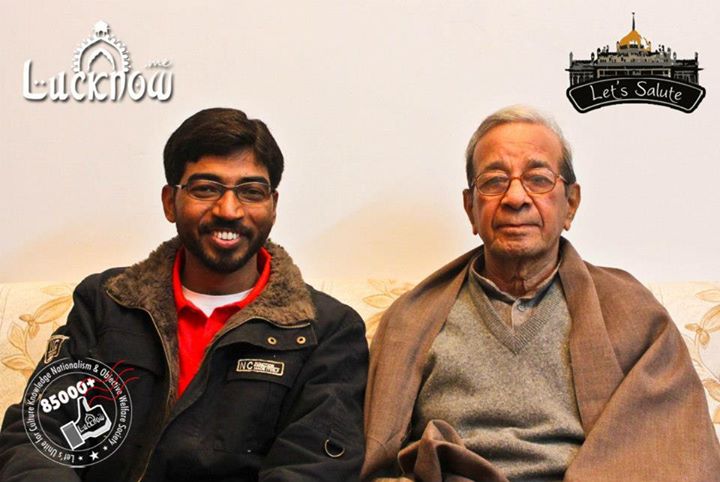 Padma Shri Dr. O.P. Agrawal is a very well known name in the field of conservation of cultural heritage, not only in India, but internationally. The service that he has rendered to archaeology, museums, conservation of art heritage, is unmatched. He has conducted hundreds of workshops and training programmes and his students numbering in hundreds are to be found almost in all countries. He has helped in the establishment of conservation laboratories not only in India, but throughout the world. After completing his Masters Degree in Chemistry from the University of Allahabad, he joined the Conservation Branch of the Archaeological Survey of India in 1952 and since then has been active in the field of conservation of cultural property. He went to Rome in 1959 on a one year fellowship of the Italian Government to study at the famous institution namely the Central Institute of Restoration, Rome. While in Rome, he particularly mastered the technique of transfer of wall paintings from wall and placing them back on the walls after repair. He was the first expert to use the technique in India, to save price-less wall-paintings in Chamba, in Kullu, in Sikkim and other places.

He is the founder and former Director of the National Research Laboratory for Conservation of Cultural Property (NRLC) at Lucknow established by the Government of India in 1976. He is responsible for the establishment of this great institution from the concept to the finish. From 1960 to 1976 he was with the Conservation Laboratory of the National Museum, New Delhi and became its Chief Chemist and Head in 1972. Under his leadership, this institution attained a great height. At present, he is the Director General of the INTACH, Indian Council Conservation Institutes, Lucknow under which he set up ten conservation centres throughout India and several projects and programmes are being implemented. It has been described by the International Council of Museums as the largest network of conservation centers in the world. Besides, he had prepared reports on the basis of which a large number of conservation institutions like the Regional Conservation Laboratories in several states of India like Kerala, Rajasthan, Punjab, U.P. Madhya Pradesh and several others were set up. He also prepared reports for the setting up of the conservation laboratories in several Asian countries like National Museum – Colombo Sri Lanka, Central Museum – Jakarta Indonesia, SPAFA – Bangkok, Department of Fine Arts -Bangkok, National Research Centre for Conservation – Tehran, Iran and several others.

Dr. Agrawal has been connected with several national and international professional associations and organizations. He was the President of the Museums Association of India (M.A.I.) for two terms. He is the founder and former Secretary of the Indian Association for Study of Conservation of Cultural Property, New Delhi. Later, he became its President and occupied that position for a number of years. He was the Vice President of the International Centre for the Study of Preservation and Restoration of Cultural Property at Rome (ICCROM) founded by UNESCO. He was a member of the Executive Council of International Institute of Conservation, London. He is the founder President of the International Council of Bio-deterioration of Cultural Property. Some of his notable conservation projects are : Restoration of Canvas Paintings and Ceiling paintings in Rashtrapati Bhavan, New Delhi ; Wall-paintings in various heritage buildings in Santiniketan ; Wall-paintings of Moti Mahal, Gwalior ; Conservation of wall-painting sites, at least 40 all over India ; Conservation of a large number of art objects, housed in museums, libraries, temples, churches, palaces, and so on.

Dr. Agrawal is a prolific writer and 38 books are in his credit, out of which several are manuals on the subject of conservation. One of his book, ‘Preservation of Art Objects and Library Materials’ has been translated into Hindi, Tamil, Bangla and Marathi. Another of his book ‘Care and Preservation of Museum Objects’ is translated in Singhalese and Persian. He has written about 200 articles and papers on conservation, archaeology and museology. On account of his life-time service to conservation, he was conferred by the International Council of Museum, Brazil, the title ‘Personality of Conservation 1989’. The International Centre for Conservation Rome, founded by UNESCO conferred upon him the ‘ICCROM Award – 1993’. The Kanpur University conferred upon him D.Litt (HonorisCausa) in 1994. He was specially felicitated by the Governor of Uttar Pradesh in 1993. A Felicitation Volume entitled ‘Recent Trends in Conservation’ was published by his fans and admirers in 1995. A few years back Honorary Fellowship of the International Institute for Conservation, London has been conferred upon Dr. Agrawal. There are only 18 scientists throughout the world on whom this honour has ever been bestowed, and of these only 7 are living now. Lucknow Management Association (LMA) honoured him for his life-long work in the service of the community. In 2008, he received INTACH-SATTE Award for his contribution to the promotion of tourism through conservation, etc.

“When I began my career, there were only 5-6 conservators across the country. Today the number is over 2,000. But this is too small going by the volume of heritage India has,” told by Dr. Agrawal when Founder LUCKNOW Society, met him recently and discussed the conservation aspects in Lucknow, the concerns and the plans. LUCKNOW Society Salutes Padma Shri Dr. O. P. Agrawal for being one of the pillars of conservation. He has dedicated more than 50 years for the preservation and promotion of our heritage & culture. Lucknow is proud of him. We wish him a very best for his career & health !