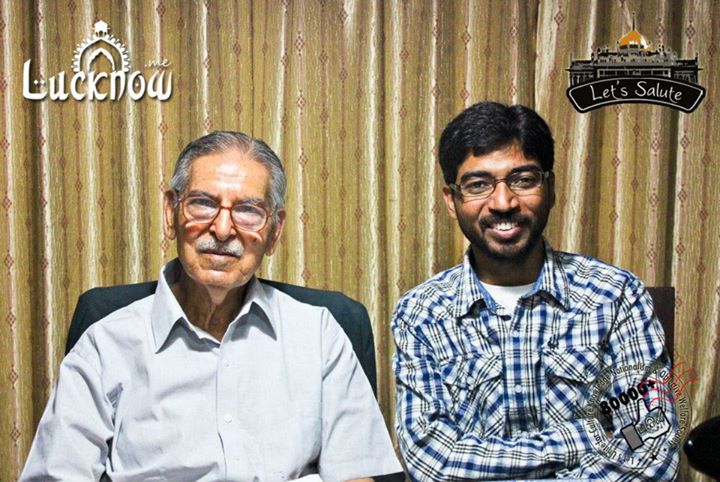 Central Drug Research Institute (CDRI) is one of the forty laboratories under the Council of Scientific and Industrial Research, an autonomous registered society of the federal government. Though established in 1947, it was formally inaugurated on 17th February 1951. It is an institute dedicated to drug research. It possesses state-of-art facilities and infrastructure. The institute is a multi-disciplinary research laboratory with seventeen research and development divisions, nine technical services/ divisions’, three national facilities, two on one field centre. For sixty years, CDRI was based at the historical Chattar Manzil before it was shifted to Jankipuram, Sitapur Road. One of the imposing structures built by the Nawabs of Lucknow, Chattar Manzil is a very famous heritage of Lucknow. The most unique thing about the Chattar Manzil of Lucknow is the strikingly different architecture. The most prominent feature of this grand structure is the Umbrella-shaped dome from which it has derived its name. The construction also has some elements of the European architecture thus proving that it must have been pretty much influenced by the modern style of architecture of Europe. The Nawab of Lucknow, Ghazi-ud-din Haider started the construction of the Chattar Manzil but he died in between. It was then completed by his son Nasir-ud-din Haider. The Chattar Manzil still retains its old world charm. Till after independence it served as the MLA hostel and later it was remodelled to serve as an office for CDRI.

Dr Nitya Anand, a legendary figure on the Indian Drug Research scene, known as Nityanand to his friends and colleagues, was re- christened by Dr Venkataraman for his scientific publication to bring the name in line with Sanskrit traditions, and this duality in name still persists. He is born on 1st January 1925, at Layallpur, West Punjab, now in Pakistan. His father (the late) Shri Bhai Balmukund was a Professor of Physics and Mathematics at the Agriculture College at Lyallpur, while his mother was honorary Principal of an institution for imparting training in handicrafts to widows and destitute women. Both his parents were actively involved in social work and the national freedom movement. Nityanand had his early education (upto Class X) at Dhanpatmal Anglo-Sanskrit High School, Intermediate Science (1941) from Government Inter College, Lyallpur, B.Sc. (1941-43) from Govt. College, Lahore, now in Pakistan. In 1943 when his family decided to move to India, recalls Doctor Sahab, “all my Muslim neighbours, who were like family to us, told me, kake (son), stay, we will look after your family, I was however sceptical of the volatile situation, so assured my neighbours and well wishers that I shall come back as soon as the situation improves”. What happened however is History and we the Indians shall remain thankful for Doctor Sahab’s decision ! He moved to Delhi with his parents who left most of their belongings in Pakistan but brought along with them their wealth of knowledge and wisdom. Dr Nityanand completed his PG – M.Sc. in Chemistry (1943-45) from St.Stephen’s College and then to the University Department of Chemical Technology (UDCT), Bombay for research in organic chemistry with Prof. K. Venkataraman where he was awarded a Ph. D degree in 1948 on “Synthesis of Gentisin and other Experiments in the Pyrone Group”. This was followed by yet another Ph. D from St. John’s College, Cambridge University under Prof. Alexander (later Lord) Todd where he worked on “Synthesis of Isoguanine and Certain Nucleotides”.

Meanwhile India was going through major developmental changes ; even before we were independent Pt Nehru had involved scientists, administrators and the intelligentsia to frame India’s Policy Structure (1942-1945) had consolidated 28 major policies concerning fields like science, technology, health and education. No sooner did India become independent; the policies were implemented. It was as early as 22nd August 1947 , immediately after independence, that the decision to set up CDRI was made ! India was a newly born nation and raring to go ! Dr Nityanand, returned to India in late 1950 from UK and joined Delhi University. He happened to visit Lucknow and CDRI and met Dr Edward Mellanby, the founder director of the institute who suggested that he should join CDRI as the institute needs devoted scientists like him. Dr Nityanand agreed to join Medicinal Chemistry Division of the newly inaugurated institute on the 27th of March 1951. Dr Nityanand’s stay in CDRI first as a Scientist, then as Head of the Medicinal Chemistry Division (1963-1974) and later as a director (1974-1984) has been of great significance in shaping and directing the Institute. Although he is now a retired scientist he is still involved in drug discovery research and also in advising many R&D institutions and industries. In order to sharpen his skills in drug research and gain broader and deeper insights into biological sciences, he undertook post-doctoral training under a Rockfeller Foundation Fellowship in 1958 with Prof. Bernard D. Davis at Harvard Medical School, Boston, USA.

Dr. Nityanand’s contribution to the growth and development of the Central Drug Research Institute has been monumental. He propelled its advancement to a world-class centre for drug discovery and development especially for tropical diseases (malaria, filaria), contraception and drugs from medicinal plants, areas of special national relevance. The Institute became a hot destination for joint or funded research in these areas with many national and international agencies, which has continued ever since. The Institute greatly encouraged interaction with academia and industry. Dr. Anand is deeply committed to the utilization of science for social benefits, and he took Drug Research because of the direct benefits it could provide to society. He has been a great champion of self-reliance and self-sufficiency of the Indian Pharmaceutical Industry, and has supported this cause in the Drug Policy Committees of the Government of India and nongovernmental bodies of which he was a member for many years. He has also been a great supporter of spreading the message of scientific temper and of science as a way of life in schools. During the early years of the institute, many offers were made to CDRI from the international drug companies especially European countries to conduct research work and produce medicines. Undoubtedly these contracts would have made the institute richer by thousands of dollars, however, Dr Nityanand declined them all as he believed – that first and foremost it is the nation which should benefit from our work! A genuine nationalist, he continues to hold that belief and shared his distress about the current situation wherein some big pharmaceutical companies are selling off their share for a huge price to foreign investors. Dr Nityanand, a great humanitarian and nationalist, appreciated and understood the immediate needs of the common man and the most letahaly diseases that afflicted the Indian citizens especially the masses, were : Leprosy, Malaria, Tuberculosis and a mammoth work to be done for population control.

It was a privilege for Founder LUCKNOW Society in last week to visit his home, an evening, a soft breeze and a beautiful garden welcomed the team at Nirala Nagar. We are ushered into his study where he is engaged deep in a stack of papers, two over-hanging lights focussing the stacks. As we greet him, the 87 year old Scientist looks up from his papers and greets us with an affectionate smile. In that lingering moment, Dr Anand looked like a saint in some temple, away from the madding crowd and its worldly ways. LUCKNOW Society Salutes Padma Shri Dr Nitya Anand for being one of the greatest scientist who has contributed a lot in the field of drugs & medicines ! We wish him all the very best for his healthy life !