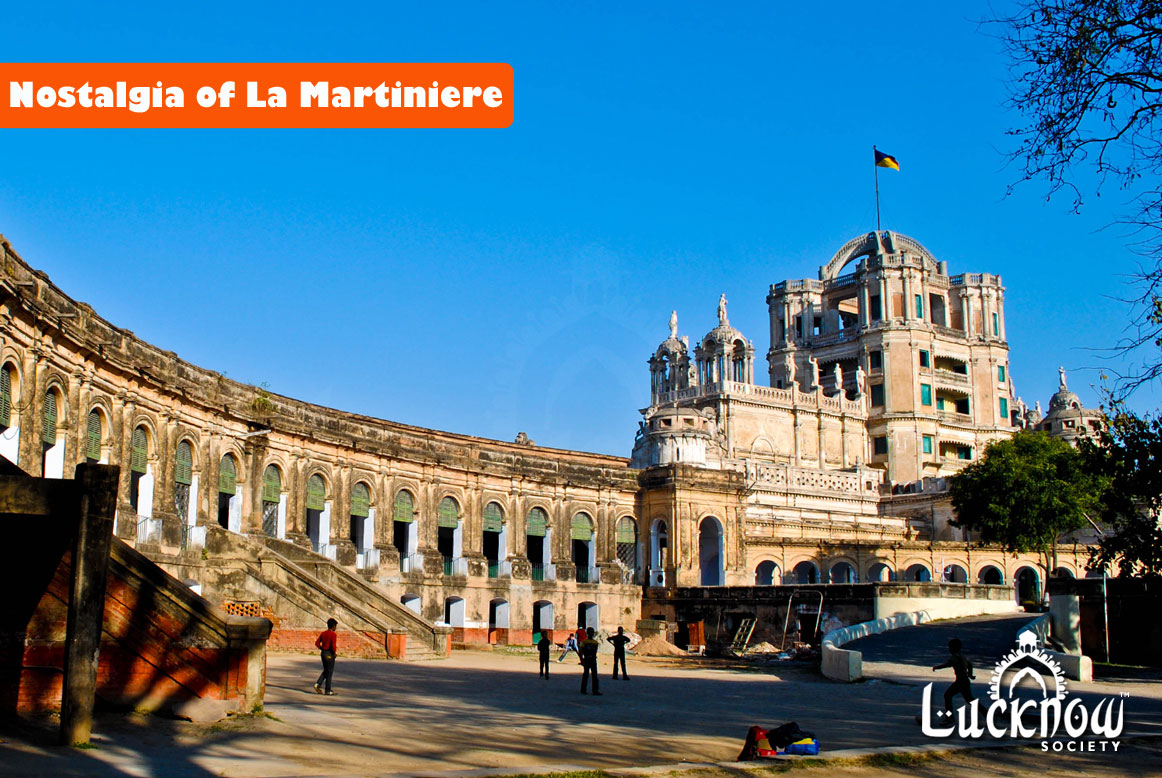 Nostalgia is a feeling which can be attached to your alma mater more exactly than anything else. La Martiniere College established in 1840, one of the oldest school of India, is one such institution which has been a perfect example of such a nostalgia for many of its alumni.

General Claude Martin directed in his long and interesting will that these words should be inscribed on the tombstone which covers his remains in La Martiniere College, Lucknow. They were inspired not so much by a desire for self advertisement but as an example of what determination and enterprise could do. La Martiniere College is an institution of legendary propriety and distinction, as pukka as Kipling himself, who appropriately sent his fictional hero Kim to a Lucknow and said – still feels my heart roams around in the college chapel.

The school produced generations of District Magistrates , civil servants and Indian army officers. The names of many Victorian pupils – Lyons, Raymond are still carved on the front steps of the school. Since then La Martiniere College has educated several members of the Nehru Gandhi dynasty, as well as producing great numbers of cabinet Ministers, industrialists and newspaper editors. I was told by one old boy that the twelve years going to La Martiniere School was a treasure in itself; it gave freely of its riches, expecting nothing in returns. The alumni support La Martiniere College in many of its activities. This reinforces the bonding that former pupils of the college maintain with the generation of boys that is currently studying here. Old boys still love to attend chapel on Founder’s day, listening to a choir made up of, Anglo Indians, Muslims and Hindus dressed in white surplics sing, The Lord is my shepherd…..