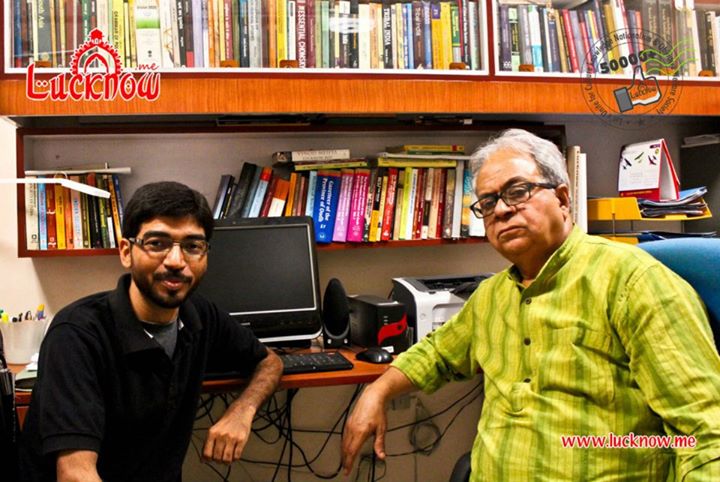 Nadeem Hasnain is Professor of Social Anthropology at University of Lucknow. He did his PhD from Lucknow University & he is the person who has elevated the name of Lucknow at International levels in Anthropology. He is also Editor of The Eastern Anthropologist and heads a multi disciplinary research organization, Centre for Social Action and Development devoted to research and advocacy of the weaker sections of the Indian Society and elsewhere. His areas of interests are disadvantaged sections of Indian population especially the scheduled tribes, scheduled castes, other backward classes and the minorities. A well known teacher researcher & activist, he is also involved with mass media writing in popular magazines & newspapers. He is a regular participant in panel discussion on various TV channels.

He has published more than a dozen books ( Tribal India, Indian Anthropology, Indian Society & Culture, Islam and Muslim Communities in South Asia, Shia Islam in India, etc ) and several research papers internationally. Some of his books are even translated in many Indian languages and his books are also must for the students of Civil Services and other competitions. He has lectured at many prominent Universities in India & abroad. He has also participated and presented papers in reputed academic bodies including American Sociological Association ( PEWS Conference ), American Council for the study of Islamic Societies and New York Conference of Asian Studies. He has also been visiting Professor at St. Lawrence University New York and Pro Vice Chancellor of Mahatma Gandhi International Hindi University, Wardha, Maharshtra.

Founder LUCKNOW Society is honoured to discuss with Nadeem Hasnain his upcoming project which the Government has asked him to do, study of the society, castes, religion and the subsequent changes in last 100 years with respect to Lucknow. LUCKNOW Society salutes him for his enormous literary contribution across the globe and wishing him very best wishes for his very challenging & interesting research which till date is not done with respect to Lucknow !