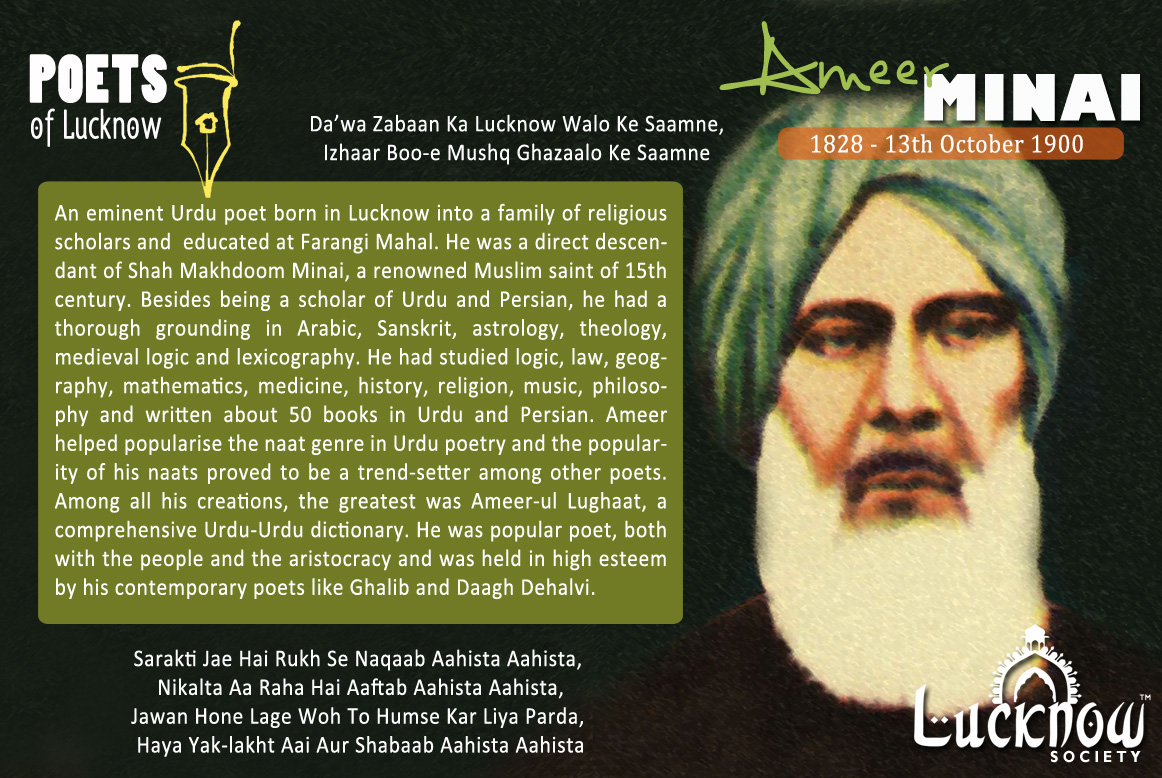 An eminent Urdu poet born in Lucknow into a family of religious scholars and educated at Farangi Mahal. He was a direct descendant of Shah Makhdoom Minai, a renowned Muslim saint of 15th century. Besides being a scholar of Urdu and Persian, he had a thorough grounding in Arabic, Sanskrit, astrology, theology, medieval logic and lexicography. He had studied logic, law, geography, mathematics, medicine, history, religion, music, philosophy and written about 50 books in Urdu and Persian. Ameer helped popularise the naat genre in Urdu poetry and the popularity of his naats proved to be a trend-setter among other poets. Among all his creations, the greatest was Ameer-ul Lughaat, a comprehensive Urdu-Urdu dictionary. He was popular poet, both with the people and the aristocracy and was held in high esteem by his contemporary poets like Ghalib and Daagh Dehalvi.