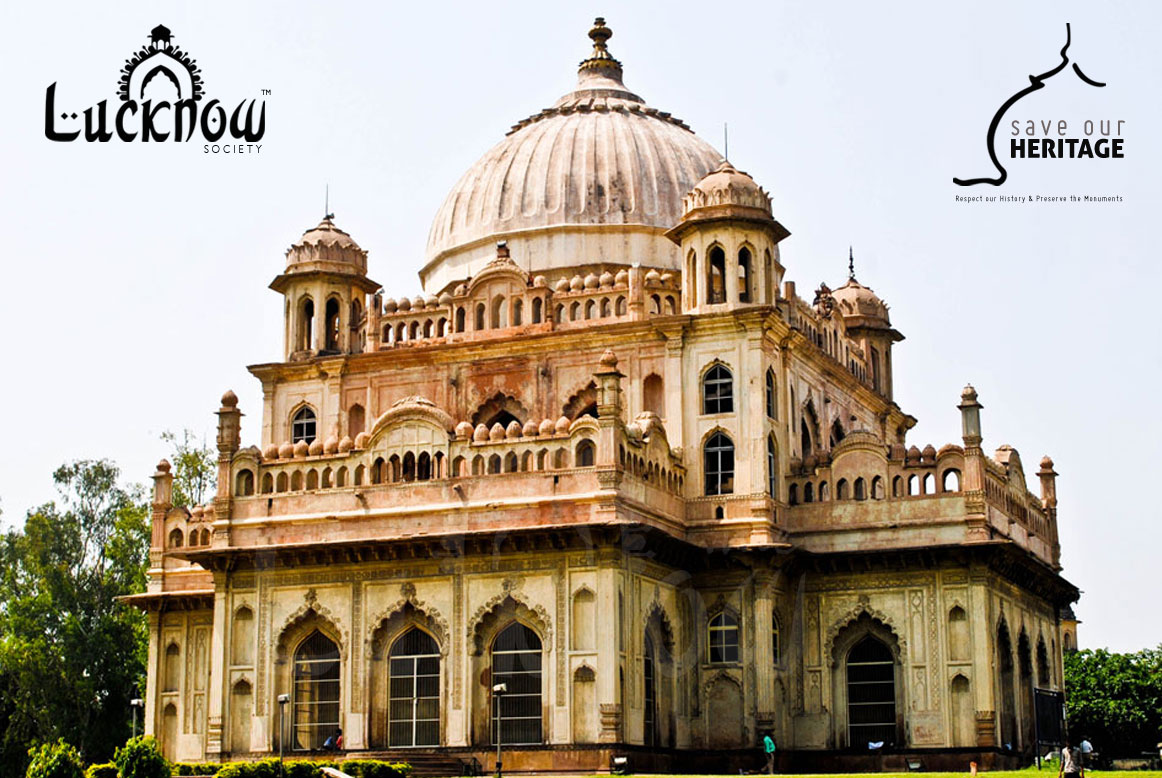 Not-so-lofty in size yet renowned for it’s brilliant artistry, Maqbara of Saadat Ali Khan is one-such famous landmark of the city. Situated near Begum Hazrat Mahal Park, this beautifully designed structure was built by Nawab Ghazi-ud-Din Haider and was meant to serve as a mausoleum for his father Nawab Saadat Ali Khan. Nawab Saadat Ali Khan’s Maqbara is built in the Indo-Islamic style of architecture. The walls of the facade has fine stucco work done on it. It also has turrets and a huge dome which is further embellished with an inverted guldasta over it. Atop the guldasta is fixed a pointed, narrow rod which aims at the sky. The building has it’s floor chequered with black and white marbles and it’s walls adorned with several arched doors and windows. ‘Lakhauri bricks and locally available mortar was used to build this structure. Had this Maqbara been built with white marble, it would have transcended the beauty of Taj Mahal’, states the famous historian, Mr. Roshan Taqui. Just like Asifi Masjid, initially this Maqbara had rooms at the base of it. But it was later when they were closed permanently. The tomb of Nawab Saadat Ali Khan’s wife Murshidzaadi lies adjacent to his Maqbara.

It was in the year 1814 when Nawab Saadat Ali Khan died and his son Ghazi-ud-Din Haider came to the throne, shifting from his previous residence to Chhatar Manzil, which once used to be his father’s palace. Nawab Ghazi-ud-Din Haider was overwhelmed to take over his father’s palace and he felt that it was now his duty to do something for him. So he decided to dismantle his previous residence and get his father’s mausoleum built on the same land. Since then, this well-favored edifice houses the tomb of Nawab Saadat Ali Khan. It was built in the area which was then called Khas Bazaar and is presently known as Qaiser Bagh. Khas Bazaar served as a market for the VIP’s, royal families and their foreign visitors. It’s really disheartening to see the present state of such a wondrous monument. It’s deteriorating condition in the form of crumbling plasters, broken pointed rod at it’s peak, dull-blackened walls and bad shape of the park surrounding it, is awaiting for the onlookers’s to pay heed over the feeling of love and respect with which it was once built and help it in regaining it’s original grace.