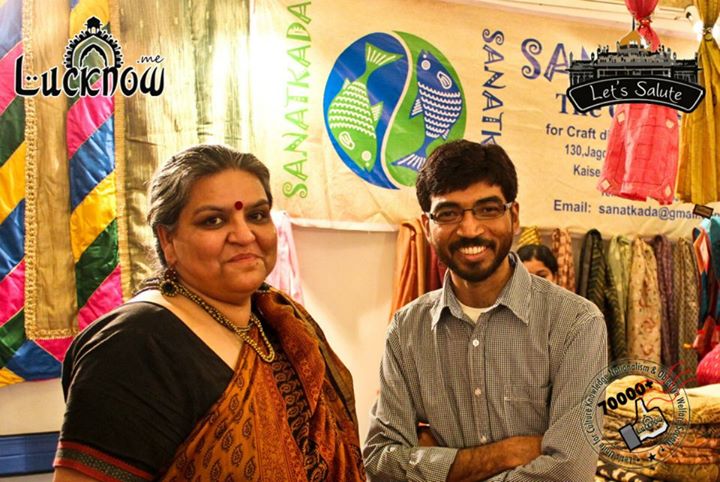 Madhavi grew up in Calcutta with an education from Loreto House and La Martiniere, moved to Lady Shri Ram College in Delhi for graduation in History, and then M.A. in International Politics from New School for Social Research in New York. U.P. has been home for the last 22 years and Lucknow for the last Eight. At a young age of 25, Madhavi went to Chitrakoot and Karvi in the Bundelkhand region of Uttar Pradesh for ‘field-work-experience’, following her Social Research Studies.

A sensitive person, she was deeply moved to observe the rural women’s plight to make ends meet and survive a male-dominated environment. She realized that their day-to-day life itself was a struggle. She decided to stay back and live amongst these women to fight their battles. It was a formidable challenge but Madhavi, a born fighter and a woman with nerves of steel and a heart of Gold, was undeterred. She succeeded in convincing her worried parents that these women needed her more than her family ! A city girl, born to rich parents, she made a concerted effort to understand the ways of rural life – which meant working under harsh conditions in a dacoit ridden, no electricity, no vehicles and no phones rural India !

It was merely her passion and will to MAKE A DIFFERENCE TO THE LIVES OF THE UNDERPRIVILEGED AND THE MARGINALISED that brought about a welcome change to their lives. The strategies of empowering women included challenging Stereotypes by :

Madhavi Kuckreja also started a Weaves and Crafts store, ‘Sanatkada’ ( house of craft) five years ago bringing in fabrics and dresses from Assam, Gujarat, Karnataka, Uttarakhand and Madhya Pradesh with groups like Karomi (silk weaves from West Bengal), Berozgar Mahila Samiti (Tussar from Bhagalpur, Bihar), N.S Toys (wooden toys from Karnataka), SWRC (applique from Tilonia), Aagor weaves from Assam, Karam Marg (street children group from Delhi). Closer home, wooden combs (Bijnor, UP), baskets (Sarpat Weaves from Bhadhoi), Saanjhi Paper Cutting of Mathura, ‘Tanka’ and applique work of Rajasthan and Calligraphy & Chikan work from Lucknow.
She buys her products from the grass root artisans and provides them a window for their produce. Sanatkada is also a venue for many cultural events where folk artists from the remotest of areas are invited to perform and are provided a platform to display their talent.

Founder LUCKNOW has the privilege to meet her and discuss the upcoming social activities. LUCKNOW Society Salutes Madhavi Kuckreja for being the epitome of social upliftment activities and more particularly for women. She is being a dedicated lady for the promotion of Lucknow’s Heritage & Culture!