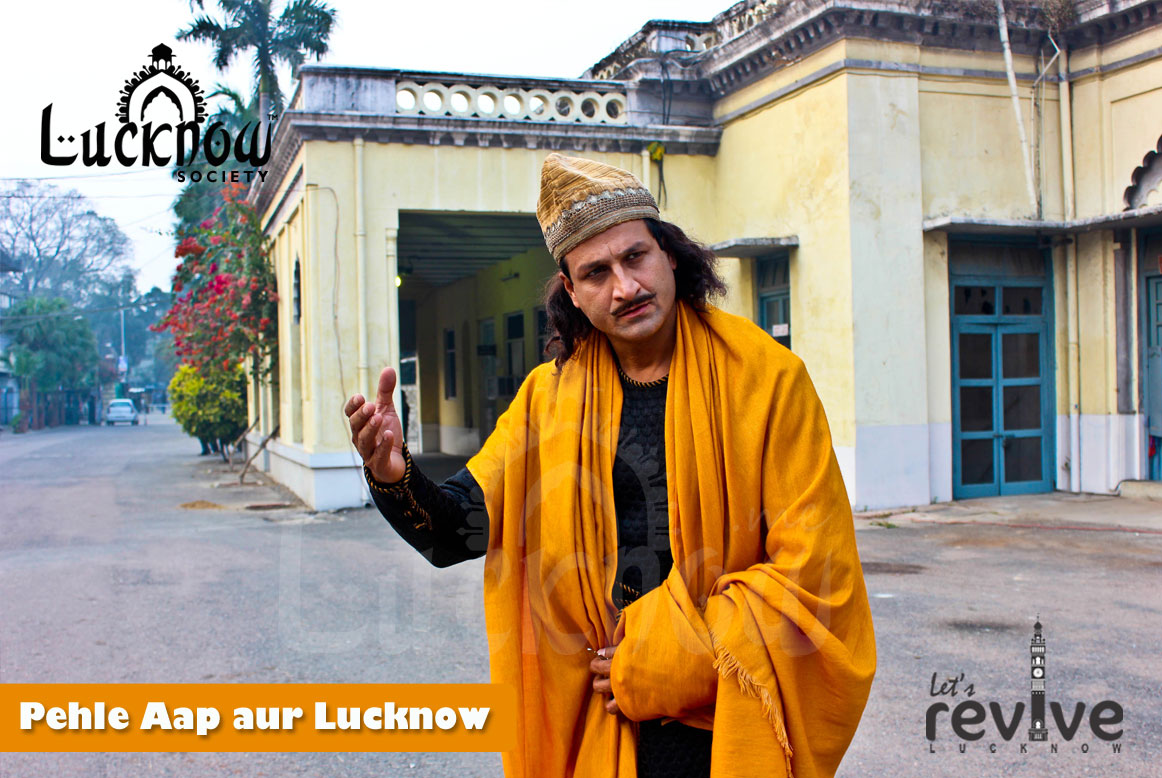 It is rightly said that the culture of a place is reflected by the people living there. The people of Lucknow are amongst the most courteous people in India. Lucknow is the epitome of tehzeeb. Lucknowhites pride themselves about addressing another person as ‘aap’ rather than ‘tu’ or ‘tum’. The ceremonious etiquette sometimes provoked laughter and parody, but the nawabi elite were oblivious to the rude world outside their court – centered ken. The shorthand term for this culture is ‘Pehle Aap’ (After you, please). The writer Ratan Nath Sarshar, in his famous novel, ‘Fasana-e Azad’, tells of two noblemen who go to the railway station for their train journey. The engine is hissng and steaming at the platform and the warning whistle is sounded. The two friends, posed to clamber on, are constrained by their Lakhnavi decorum. They bow and gesture towards the door of the compartment saying,’ Pehle Aap’ (After you, please); for it would be discourteous for either of them to go first. While they politely urge each other on, the train gives its final whistle and chugs away. ‘Pehle Aap’ is still a part of everyday life for a TRUE LUCKNOWHITE. This is a city that speaks the language of ‘aap – janab’. The mannerism of saying ‘Pehle Aap’ is still prominent and a topic of great appreciation.