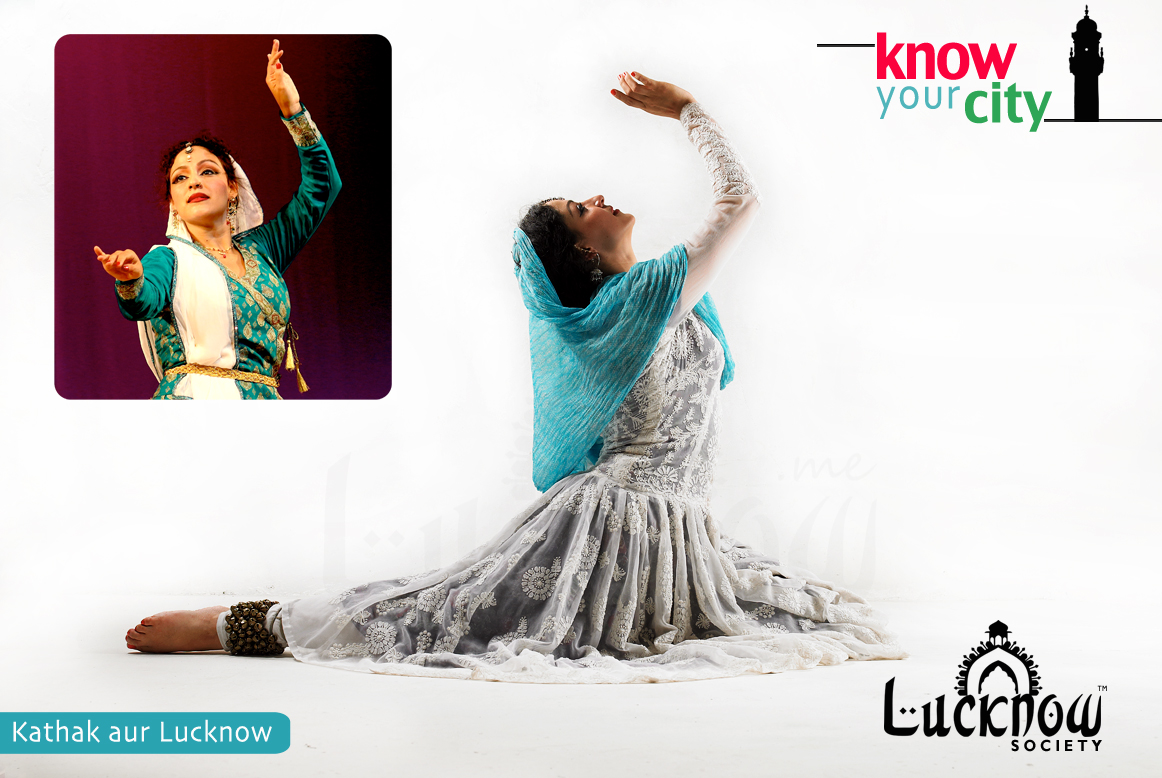 Among many Indian Dance forms Kathak stands out being the most graceful dance form. Rooting its origin from the Bhakti movement in the 16th century, it is one of the important north Indian dance form. The name Kathak has been derived from Sanskrit word ‘katha’ meaning story. The emergence of Raslila in the 15th century was a major turning point for the origin of kathak. Lucknow is one of the main gharana for Kathak, other being Varanasi, Jaipur and Raigarh. In Lucknow, Kathak developed mainly in the court of Nawab Wajid Ali Shah. It was in this period that Lucknow gained maturity and perfection. The Lucknow style of Kathak dance is characterised by graceful movements, elegance, precision and delicacy. Dance type in Lucknow is artistically combines with classical music like thumri, dadra and horis. Presently, Pandit Birju Maharaj, son of Pandit Achchan Maharaj is considered the pioneer for the Lucknow gharana. The gharana has not only limited itself in influencing residents of India but also abroad. The Lucknow gharana also revealed Kathak performances by tawaifs, who themselves developed the art into a parallel refinement. They performed on lighter classical music like dadra, tappa or kajri. Under the tawaifs, Kathak involved more expressions termed as nakra or mischievous playfulnes. They developed new details and interchanged ideas which helped consolidate the range of Kathak. It has influenced many other art forms. For instance, kathak yoga is a technique where the body rhythms on the beats of taal using steps of kathak. Similarly, the Spanish flamenco dance form is greatly inspired by Kathak. It is also believed that Kathak gives expression to words. Many sufi followers find Kathak the most suitable form of dance for sufi songs or sayings. In present times, all traditional dance forms are not indulged by common people. It has become a selective hobby for people who are passionate. Bhatkhande in Lucknow is one of the main school for Kathak in present times.

Natalia Hildner from U.S. is one such example who finds her soul in Kathak dance. Being a foreign resident, she finds her passion in Kathak. She has been trained under Birju Maharaj and is a fond propagator of Kathak form of dance. She is of the opinion that “Dances are not born out of the blue. A famous contemporary dance choreographer, Pina Bausch, once said…to understand what I am saying, you have to know that dance is something other than technique. We forget where the movements come from. They are born from life. Likewise, much of what we recognize as Kathak today was born in Lucknow. It is not hard to recognize this. Where did its nazaqat nafazat, salaami, thaat, mizaaz, and andaaz come from? Above all, the charm of Kathak is the philosophy that less is more. Movements and expressions should not be exaggerated or they will become ‘zabardasti’ or forced. This is what distinguishes Kathak from other forms of dance, its natural ada or grace. Due to my international work experience, I have had the opportunity to take Kathak abroad and even within India itself. People from the U.S., Middle East, Latin America, and Europe are touched when they see this dance style. An audience member once commented, “Many styles dance with their bodies, but you dance with your soul.” Now more than ever before, Kathak, as one of the leading classical dance styles in India, is increasingly transcending international borders. Very few people realize that Kathak is evolving with every generation. It takes the best from the past and reinvents for the ever-changing present. It makes us question who we are, why are we dancing, and how we can tell our stories. Kathak is not just a dance, but also a journey of self-discovery. Relating to something involves more feeling than thinking. I never saw connecting to Kathak as a choice rather the moment I saw Kathak, it was like falling in love. I was only 4 years old and thanks to my incredible parents, they would often take me to festivals and concerts to see many different dances and music from around the worId. The first time I saw Kathak it was different from anything else – I will never forget – the moment I saw it I knew it was the most beautiful thing I had ever seen and that this art form & I would be together forever. Kathak communicated something beyond this world…from its stories to its poetry, from its rhythm to its virtuosity, from its depth to its playfulness, from its colloquial flavor to its elegance, from its grace to its power.