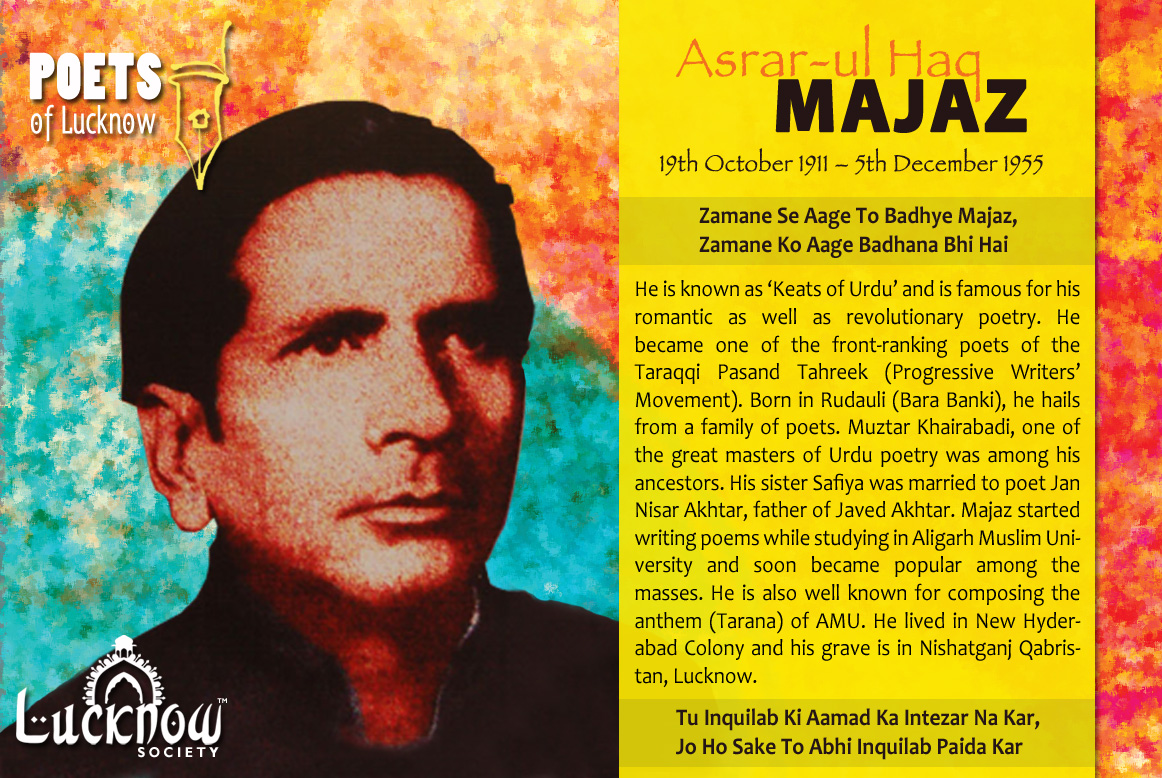 He is known as ‘Keats of Urdu’ and is famous for his romantic as well as revolutionary poetry. He became one of the front-ranking poets of the Taraqqi Pasand Tahreek ( Progressive Writers’ Movement ). Born in Rudauli ( Bara Banki ), he hails from a family of poets and litterateurs; Muztar Khairabadi, one of the great masters of Urdu poetry was among his ancestors. His sister Safiya was married to Jan Nisar Akhtar, father of Javed Akhtar. Majaz started writing poems while studying in Aligarh Muslim University and soon became popular among the masses. He is also well known for composing the anthem ( Tarana ) of AMU. He lived in New Hyderabad Colony and his grave is in Nishatgant Qabristan, Lucknow.