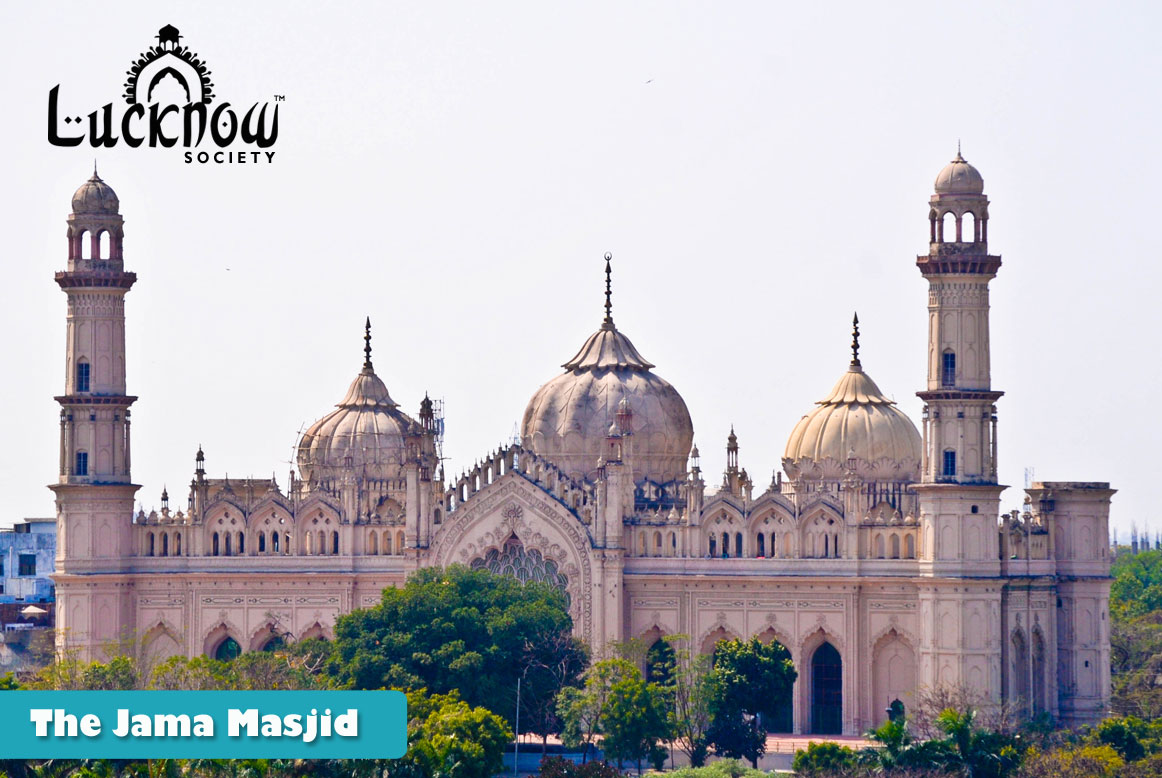 Muhammad Ali Shah inaugurated the Jama Masjid intending it to eclipse every other mosque in Lucknow, but at his death it was still unfinished. Begum Malka Jahan, one of the begums of the royal family, saw its completion a short time later. One authority says that Muhammad Ali Shah gave to one of his wives, Malka Jahan, the sum of ten lakhs to spend as she willed, and with part of this money she built the Jama Masjid. The mosque follows the usual form of a square building surmounted by three domes, and having a tall slender minaret at either front corner. The architectural design, exquisite decorations, carvings, and calligraphy is outstanding.The Jama Masjid has beauty of proportion apparent from every angle. It has a lofty doorway ornamented in each stucco, painted an unusual cool green with touches of white and brick red. The interior is less decorative so that nothing shall distract the attention of the worshippers. Only in the wall facing the entrance is a niche showing the direction of Mecca to which worshippers must turn their faces. The masjid is spread over an area of 4950 square meters. Mass Friday Namaz is a big attraction of Jama Masjid. It is also known as Juma Masjid or Jinnato wali Masjid.