Lucknow being the capital of Uttar Pradesh (India) is well connected by Air, Rail and Road from all major cities of India. The available multiple modes of public transport in the city are taxis, city buses, cycle rickshaws, auto rickshaws and CNG Buses. CNG has been introduced recently as an auto fuel to keep the air pollution in control. The city bus service is run by Lucknow Mahanagar Parivahan Sewa. A division of Uttar Pradesh State Road Transport Corporation (UPSRTC)

By Train – The city is served by several Railway stations at different parts of the city. The main railway station is Lucknow Railway Station at Charbagh. It has an imposing structure built in 1923. The main terminal belongs to Northern Railway (NR) (station code: LKO) division of Indian Railways and the second terminal is run by the North Eastern Railway (NER) (Station Code: LJN). Lucknow is a major junction with links to all major cities of the state and country such as New Delhi, Mumbai, Kolkata, Chennai, Hyderabad, Bengaluru. Ahmedabad, Pune, Indore, Bhopal, Gwalior, Jabalpur, Jaipur and many more. Lucknow has a further thirteen railway stations viz. Alamnagar, Malhaur, Utretia, Transport Nagar, Dilkhusha, Gomti Nagar, Badshahnagar, Manak Nagar, Amausi, Aishbagh junction, Lucknow City, Daliganj and Mohibullapur. Now meter gauge services originate from Aishbagh and connect to Lucknow city, Daliganj and Mohibullapur. Except Mohibullapur all the stations are also connected to Broad gauge. All the stations are within city limits and are well connected with each other via road networks and public road transport. Other suburban stations include Bakshi Ka Talab and Kakori.

By Air – The Chaudhary Charan Singh International Airport,Amausi serves as the city’s main airport and is located about 20 km from the city center. Lucknow is directly connected by air with New Delhi, Patna, Kolkata, Mumbai and Hyderabad. Oman Air,FlyDubai,Saudi Airlines and IndigoAir,Indian Airlines and many more international airlines that are operating international flights from Lucknow. International destinations include Dubai, Muscat, Sharjah, Dammam, Jeddah and Riyadh. During Haj special flights are also operated from Lucknow. Plans for high capacity mass transit system, The Lucknow Metro rail Services have been finalised. Delhi Metro rail (DMRC) is preparing plans for its constructions.

By Road – From Hazratganj intersection in Lucknow city, four Indian National Highways originate, viz, NH-24 to Delhi, NH-25 to Shivpuri, Jhansi (M.P. Border), NH-56 to Varanasi and NH-28 to Mokama (Bihar). The major bus terminus is Dr. Bhimrao Ambedkar bus station at Alambagh. It has all modern facilities and is the main inter and intrastate terminal. Another important bus station is at Qaiserbagh. Earlier, another bus terminus operated at Charbagh, directly in front of the main railway station, but has now been reestablished as a city bus depot. The move was taken to remove congestion in front of the railway station.

Bus – Local buses are aplenty in Lucknow and charge nominal rates to cover long distances. These buses are run by the transport department of the state Government. There are tourist buses also that are run specifically by travel agents for tourists to look around.

Autorickshaw – An Autorickshaw is a small vehicle that has one seat in the front for the driver and a larger seat at the back for passengers. The autorickshaw is capable of accommodating around four people at a time. These are available round the clock and anywhere in the city. It is always better to bargain the cost before boarding the vehicle. If the driver agrees to charge by the meter, it is an even better option.

Taxi – Taxis can be hired from any travel agent and is one of the most comfortable options to move around in the city without any hassles. You can also ask the hotel where you are staying to arrange a good taxi for you to explore the city. it is better to fix the cost beforehand than argue later.

Lucknow is a wonderful place and can be visited just about anytime through the year. However, the best time to visit Lucknow is usually from October to March. This is usually the peak season for Lucknow travel. The weather in Lucknow varies from time to time and there are some extremities in the climatic conditions also. Although there is no answer as such for describing the ideal time to visit Lucknow, one usually visits Lucknow during the months of October to March.

The summers of Lucknow are pretty extreme and the temperatures can go upto 45° Celsius during the months of May and June. During winters, the temperatures can go down to as low as 3° Celsius. However, winters are pleasant and the afternoons are usually warm. The temperature is usually pleasant during October to March and this is the time when tourists flock this place, as it is easier to roam around in a good weather. 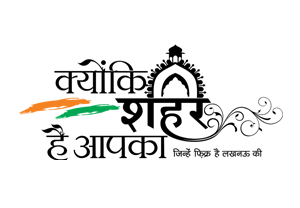